Fitz Harding Exclusive: “University rugby can be a breeding ground” 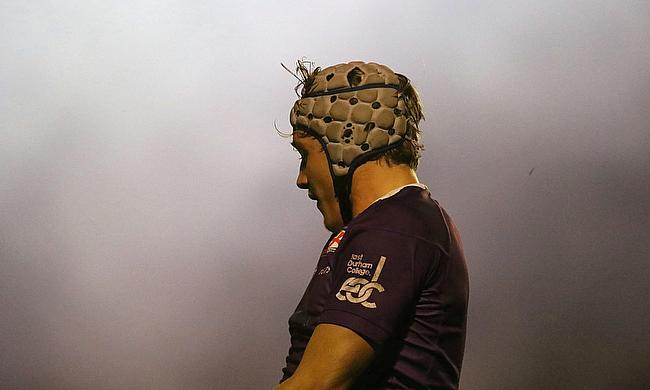 In the past two years, plenty has been written about the likes of Alex Dombrandt and Luke Northmore and their rise to the professional game by the way of BUCS Super Rugby.

Bristol Bears’ Fitz Harding is very much of a similar mould. He arrived at Durham University weighing 84kg dripping wet and Palatinate's boss Alex Keay sent the then 18-year-old to the fourth team in order to bide his time.

As he continued to grow with every 80 minutes he played, his efforts caught the attention of Pat Lam in the West Country as Harding made the move from the North-East to Bristol to sign an Academy contract at Ashton Gate.

This hard work didn't just apply to his on-field efforts, either. A gruelling gym regime and diet had to be adhered to in order to put on the weight required to compete at the senior level.

“To be fair, I think it was probably harsh for me to be in the fourth team to begin with,” Harding laughed. “I probably wasn’t good enough for the first team, but I think for me being a late developer, the key for me over the past few years has been my physicality.

“I think defence has been my biggest improvement since I have come into professional rugby, and I think over my years at Durham as well, that was something that was key for me. There was no chance when I arrived at Durham at 18-years-old I was ever going to compete in men’s rugby.

During the Premiership’s restart in the summer of 2020, Harding largely watched on as the senior squad placed third in the league before being knocked out of the play-offs by Wasps but in early October, he received the news that a first-team appearance would come on the road against London Irish.

Getting eight minutes off the bench, that period on the field only provided a hunger for more opportunities. In 2020/21, more chances did come as Harding made 10 appearances in the Premiership.

Now, it is only fair to describe Harding as a first-team regular at Ashton Gate. With 18 appearances so far this campaign, the majority have been at No.8 with Nathan Hughes having fallen out of favour.

Thriving with the responsibility of being in the starting XV, Harding draws a comparison between playing for Durham and Bristol, saying that in both sides, he is able to play with “instinct."

The explosive back-rower is one of the most athletic players in the Bears squad, whilst also having an offloading game that will turn even the sternest of frowns upside down. 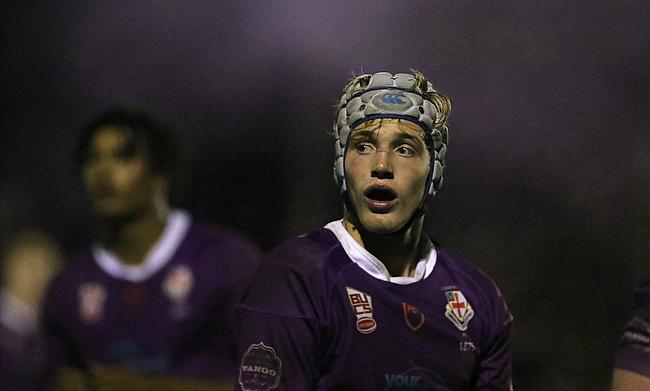 But although it has seemed to be a picture of perfection this campaign, there have been some doses of reality administered when things haven’t gone his way.

“This has been a rollercoaster year, and I think a lot of people from outside will say ‘Fitz has done really well, he has come from uni rugby and now playing regularly in the Premiership’,” he said.

“For me, there have been moments where I have been at my best and moments I haven’t. The guys around me have been unbelievable in helping me through that. There was a period at the start of the year that was plain sailing for me in terms of my personal performances.

“I was playing well, I was executing my roles and getting my detail right. There was a period a few years ago where I wasn’t executing my basic skills as well as I knew I could, and I think I kind of struggled with that a little bit because I had to check myself and reflect on what I had done well and what I had done badly.

“That has been a key learning for me, in terms of understanding that my development isn’t going to be perfect, and I have still got loads to improve on. I will have bad games or games where I am not as good as I can be, so I am just learning to deal with that and staying focused on the job at hand.”

In the Premiership, it has been a dramatic fall from grace for a Bristol team that finished at the head of the English top-flight last year. Currently 10th in the league standings, they now enter their Heineken Champions Cup Round of 16 encounter with Sale Sharks knowing continental competition is the last chance they have of lifting silverware this season.

With this in mind, Harding says there is a new lease of life around the Bears High-Performance Centre in Abbots Leigh, this mindset coming partially thanks to a change of clothing.

“It is funny, we have got a whole new training kit for the European weeks, and it has kind of helped us because we are in the black European kit,” he said. “It is a fresh start for us, and we have been really strong in Europe this year.

“We had two games that we weren’t able to play [as a result of Covid-19], but the Stade [Francais] game and the Scarlets game were two really convincing wins against good sides. We have still got an opportunity to make this the best season that Bristol Bears have ever had. 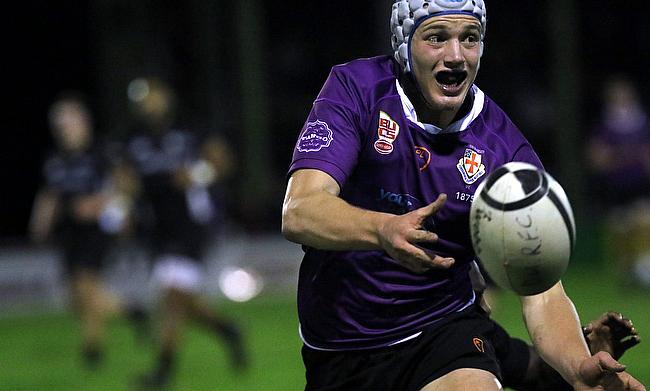 “For us as a group, we are so focused on the next couple of weeks, getting one over on Sale and getting into the quarter-finals, and then anything can happen from there. We have got an opportunity to do something really special this year and I think even though we haven’t performed as well as we want to do in the Prem, we can still be positive.”

Lifting a trophy is also on the minds of many at Harding’s old stomping ground in Durham. Coming into the BUCS Super Rugby final at Sixways next Wednesday, the North-East side have already had one achievement this season after retaining their league title.

When the 22-year-old left the North-East two years ago, the Palatinates ruled the roost but were unable to make the showpiece finale as a result of the global pandemic. Going toe-to-toe with Exeter University in the West Midlands next week, whichever team wins the game will end Hartpury’s stranglehold on the Championship competition.

“I am buzzing for the lads,” Harding said. “To be able to do the double will be really special and I think it is a testament to the coaching staff, the S&C staff and all the lads that make that organisation tick.

“I think from my first year to my last year, the transformation was unbelievable, and it obviously was a massive shame that we didn’t get to do the double, but I think this group is a special group of players.

“My first year, that was the first time they really achieved something, I am buzzing for the group, and I really hope they get over the line.”

Durham University skipper Fred Davies has one final assignment to complete as the Palatinate aim for a BUCS Super Rugby league and cup double... #BUCSSuperRugby

On Monday afternoon, Bristol announced a slew of new signings. Whilst the capturing of Gabriel Ibitoye from Tel Aviv Heat and James Williams from Hartpury were the headline makers, three other names that were unveiled later in the day suggested that Lam and his brains trust have been once again impressed by the quality of players coming through the university system.

Following in the footsteps of Harding more closely than most is current Durham University skipper Fred Davies, the hooker playing his final game in purple in the BUCS Super Rugby final next week. Meanwhile, Martin Mulhall is crossing the Severn Bridge and will join from Swansea University, whilst Leeds Beckett’s Rhys Charalambous completes the trio of front-row forwards.

In his statements surrounding the signings, Lam described how a key part of his recruitment strategy is to find players “missed through the conventional Academy pathways”, highlighting more than ever that elite clubs are looking to universities for potential first-team regulars.

“I think the development of BUCS Super Rugby has been huge,” Harding said. “To be able to get such a high standard of rugby consistently for lads is unbelievable.

“As the game has moved into the professional era, as it becomes more competitive, it becomes harder and harder for young lads, especially forwards, to break into first teams at 18 or 19.

“I think clubs are starting to realise that university rugby can be a breeding ground for lads who just need to play rugby. That is such a key thing when you are 18 or 19 and not ready for men’s rugby, so BUCS provides a good bridge in between.”