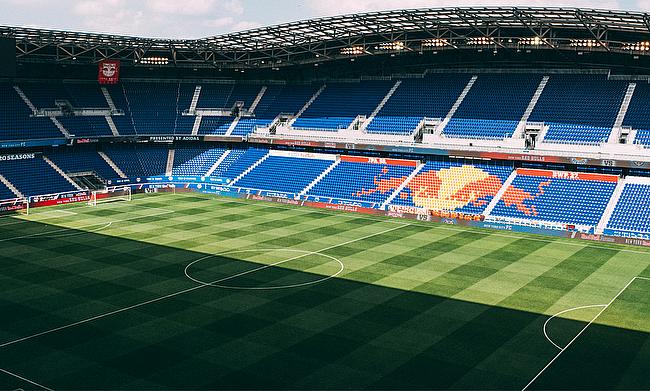 Aviva Premiership rugby will be screened live in the United States after NBC signed a three-year deal to broadcast games from English rugby's top flight.

London Irish will take on Saracens at the Red Bull Arena in New Jersey on Saturday, in the first Premiership match to be staged on US soil.

The NBC Sports Network will show live coverage of the match, ahead of the three-year deal kicking off next season.

"This new agreement with NBC Sports Group is an historic milestone for us," said Premiership Rugby chief executive Mark McCafferty.

"It takes the Aviva Premiership rugby brand to a bigger audience than we have ever had in the US.

"We are striving to grow rugby union across the world and this is the latest development in this journey, following the announcement of our strategic partnership with USA Rugby.

"As USA Rugby announced recently, rugby union is the fastest-growing sport in America and we are confident that Aviva Premiership rugby will soon find a big audience in the United States.

"We have already seen Harlequins play a match in America and this week London Irish and Saracens will make history by playing the first Aviva Premiership rugby match in the US.

"This exposure on NBCSN is great news for all 12 Premiership Rugby clubs and the profile of English rugby."