Munster Top the Table in the Heineken Cup 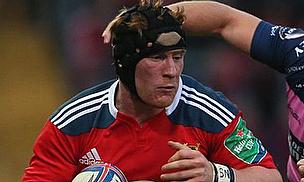 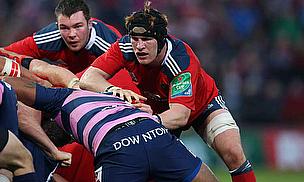 Munster took control of Pool 6 in the Heineken Cup on Sunday with a commanding 36-8 destruction of a disappointing Perpignan at Thomond Park.

Talking Rugby Union highlighted player, Sean Dougall, scored a try within three minutes for the Irish team and along with further scores from Dave Kilcoyne and Keith Earls, the home side led 22-0 at the break.

The former Manchester University student enjoyed an experienced and impressive display in the game and is surely on to watch for the future. Read Talking Rugby Union’s article about Sean’s emerging talent here.

It was a straightforward win for Rob Penney's side, who enjoyed near-total dominance over a Perpignan outfit that were unable to gain much of a foothold in the match.

A penalty try secured Munster's bonus point on 66 minutes with James Coughlan adding a touchdown before Joffrey Michel's late reply for the visitors.

As the game began, a poor kick from Welsh exile James Hook was fielded by Johne Murphey who managed to offload to Lions scrum half Conor Murray, putting him through the Perpignan line. Murray returned the ball to Murphey who, distracting the defence, fed the onrushing Dougall, who powered over the line for the opening score. Keatley added the extras.

Munster continued to threaten and their dominance yielded a penalty on the ten minute mark, Keatley again dissected the uprights and extended his sides lead.

A few minutes later the home crowd were on their feet again as hooker Damian Varley charged out of the defence before the ball was then spread wide into the hands of Keith Earls.

Earls cut inside incisively, but his final offload for the supporting Murray was just too far ahead of the British and Irish Lions nine.

They were rewarded on 25 minutes as a series of pick-and-drives saw loosehead Dave Kilcoyne barrel over from point-blank range. Keatley failed with the conversion attempt, but the hosts still held commanding 15-0 lead.

Votu remained Perpignan's biggest threat with ball in hand, but Munster's dominance at the breakdown meant the visitors were rarely able to capitalise on his powerful running.

A turnover in the Munster half then gifted Earls his 35th-minute try although he showed impressive speed to run from near his own team's halfway line after a combination of Paul O'Connell and replacement scrum-half Cathal Sheridan had pinched possession.

Hook's penalty opened Perpignan's account after the restart which cut Munster's lead to 22-3.

After a sloppy third quarter, Munster finally secured the bonus point with their penalty try on 66 minute when Perpignan replacement Kisi Pulu failed to roll away as the home side produced intense pressure.

They did, however, earn their reward with a real forward effort on 78 minutes. The pack relentlessly battered the away line, before number eight James Coughlan drove over under the posts.

Hanrahan added the extras again, but Perpignan had the last say with a breakaway score up the left-hand-side from Joffrey Michel. Hook failed from out wide with the conversion.

Next week sees the game’s exact return fixture, as the Irish side travel across the Chanel to face Perpignan once again.