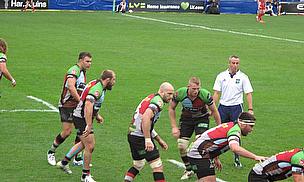 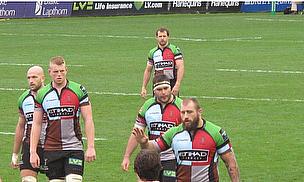 Harlequins fell to a second straight loss in the Heineken Cup, with only a last-gasp drop-goal from Nick Evans earning them a losing bonus point against Clermont Auvergne.

Tries from former Welsh full-back Lee Byrne, centre Wesley Fofana and Thierry Lacrampe moved Clermont to a deserved 23-16 victory over the Stoop side.

The victory for the French side sealed an incredible 65 game unbeaten run at Parc des Sports Marcel Michelin.

After losing away at Racing Metro last week, however, Clermont were looking to make amends for that result.

The home side started at a furious pace, with an early penalty from Brock James, closely followed by a try by Lee Byrne, to give Vern Cotter’s men an 8-0 lead.

Quins Botica managed to reduce the lead by three points, but another superb move which included the excellent Regan King and Sitiveni Sivivatu ended in Fofana going over.

Evans then kicked his first from the tee to bring the English side to within losing bonus-point territory, but Lacrampe's score eased Auvergne out to a 20-6 lead.

To their credit, Quins fought back just before the break and Mike Brown's off-load sent Williams across the try-line.

James restored Clermont's authority on proceedings early in the second half with a three-pointer and the Top 14 outfit then laid siege to the visiting line in search of the bonus-point.

But once again, Conor O'Shea's side held firm and, in the last minute, Evans dropped a goal to rescue a point for the London-based team.

Quins and England Captain Chris Robshaw said that "we are disappointed not to have come away with more,” when he spoke to the BBC.

“You look at the record that they have here and credit to them.

"We gave them three early tries but stayed in it and leave with a point because of a cracking drop-goal by Nick Evans to finish.

"In the Premiership we have started pretty slowly. Hopefully this game has really turned our season around. I'm incredibly proud of all the guys out there."

Harlequins will be looking to record their first win of the campaign when they face Racing Metro 92 on the 7th of December.