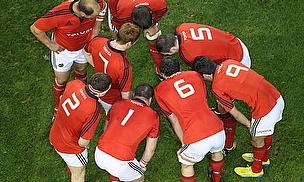 With the Aviva Premiership returning with a bang last weekend after the three week break for the Autumn Internationals this weekend it is now the turn of the Heineken Cup to spark back into life after a few weeks off.

In this, the third round of the competition, there are 12 eagerly anticipated games of rugby throughout Europe over the weekend. As ever we at Talking Rugby Union wanted to provide you with all the last news, reaction and analysis from the competition.

Be sure to stay tuned to Talking Rugby Union for all the best reaction from the weekend’s games too.

Tonight there are just two games: Cardiff Blues welcome Glasgow to the Arms Park in Pool 2 and the most anticipated game of the day is in France as Castres welcome the Ospreys in Pool 1.

Castres and Ospreys have both made major changes to their teams ahead of the clash at Stade Pierre Antoine.

Castres boss David Darricarrere has rung the changes to his starting XV with two changes in the back with Marcel Garvey replacing Romain Martial on the right wing and Paul Bonnefond taking over at inside centre in place of Remi Lamerat.

Up front, Pedrie Wannenburg is the only survivor in the back row, shifting from the flank to number eight where he takes over from Antonie Claassen. This means that Piula Faasalele and Ibrahim Diarra will be the starting flankers for this encounter.

Meanwhile, Ospreys coach Steve Tandy has made seven changes to his run-on side for this encounter, welcoming back several Wales internationals who were on duty against Australia last weekend.

The back-line has three changes to the side that lost at home to Glasgow last weekend. On the wing, Aisea Natoga takes over from Hanno Dirksen while Dan Biggar and Rhys Webb replace Sam Davies and Tito Tebaldi as the starting halfbacks.

In the forwards, Ryan Jones and Justin Tipuric are at number eight and openside flank respectively at the expense of Morgan Allen and Sam Lewis, who are both included on the replacements bench.

Alun Wyn Jones is back in the second row and as captain which means there is no place in the matchday squad for Lloyd Peers while Ryan Bevington starts at loosehead ahead of Duncan Jones, who is also riding pine.

Ospreys, a team stacked with victorious Lions players, are still without a win in the competition this year, and will look to make amends for this against third palce Castres tonight.

On the first day of the weekend there are an incredible six games on offer for you to enjoy. The picks of these fixtures are between Exeter and Champions Toulon and Northampton and Irish side Leinster.

The latter is an exact repeat of the 2011 Heineken Cup final were Leinster emerged victorious. England and Northampton flanker Tom Wood has spoken out today to the BBC by saying the loss two years ago will provide “extra motivation” for his side.

The 2011 final at the Millennium Stadium in Cardiff was remembered for Leinster's remarkable comeback, overturning a half-time score of 22-6 to run out eventual winners.

The game will be their first meeting since that day, as the Irish side top Pool 1 with 8 points, three clear of Northampton in second.

"I guess we'll keep it in the here and now. But if we can draw on a little extra motivation, I'm sure a couple of boys will still be feeling it."

After an impressive season so far in the Premiership Exeter will be looking to take on the French giants and come away with a win. However, this could be possible, as Toulon have not looked at their enigmatic best so far this season, particularly after suffering a shock 19-15 defeat to Cardiff back in October.

Finally, on Sunday there are four games around Europe, with the pick of these being Munster against Perpignan.

The Irish giants are second in Pool 6, just one point shy of Perpignan in the top spot.

They beat Gloucester comfortably, 26-10 in the last round but suffered a shock 29-23 loss at the hands of Edinburgh.

Whereas, Perpignan lost to Gloucester by 27 points to 22 in the first round, but beat Edinburgh 31-14 in the last round, and hence, top the league with a bonus point.

The game is sure to be a close-fought affair.