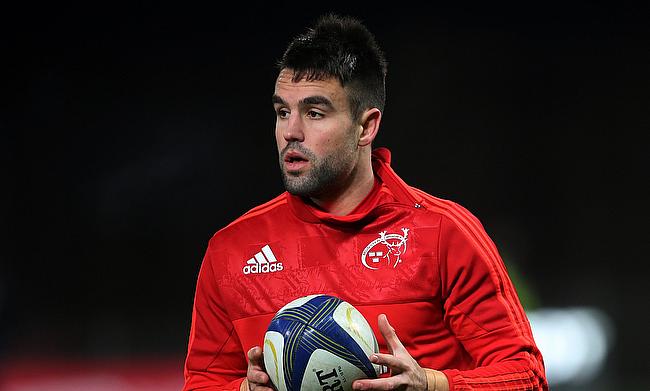 Early tries from Ronan O'Mahony and David Kilcoyne looked to have secured Munster the win over their Pro12 rivals, however the strength of the Italian side's pack, meant Treviso were far from out of the game at half-time thanks to a drive-over try from Marco Lazzaroni.

But scores for Conor Murray and O'Mahony (his second of the game) sealed a bonus point and a comfortable win for Anthony Foley's side, who went into the game already out of the Champions Cup tournament.

It took only five minutes for Munster to break the Treviso resistance; the Munster pack constructed a powerful rolling maul to shunt the Italians back before Scrum-half Murray darted off from behind the back of his marauding forwards and found wing O'Mahony, who powered through the defensive line to break clear and score.

Ian Keatley converted for an early 7-0 advantage, and only twelve minutes later the Irish province were able to build on their lead.

A Simon Zebo break deep into the Italian's half forced Treviso - winless in all competitions this season - to illegally slow the ball down at a ruck, and referee Alexandre Ruiz awarded a penalty.

Murray took the quick tap and go and found prop Kilcoyne, who barged over to score a second converted try.

But the Treviso pack began to flex their muscles and they got their reward on 37 minutes.

Munster flanker Billy Holland went offside whilst defending a promising Treviso rolling maul, and was sent to the sin-bin, with the hosts making their numerical advantage count as they powered another rolling maul, formed from the resulting lineout, over the line for Lazzaroni to score and send the hosts to halftime down only 12-5.

Munster thought they had scored their third try only three minutes after the break when CJ Stander was driven over the line, but the referee ruled the score out only as Keatley was in the process of lining up a conversion, having determined a Munster player had knocked on earlier in the passage of play.

However, Murray made sure they had their third try after 50 minutes. The Irish scrum-half sold Lazzaroni with a dummy and ghosted through to score following a lineout on the 22-metre line.

And the bonus point finally came for Munster in the 66th minute thanks to a fantastic break from replacement Jack O'Donoghue.

The centre broke away cleanly in his own half and raced downfield before feeding O'Mahony, who crashed over at the corner to claim his second try of the match and seal an ultimately comfortable win.