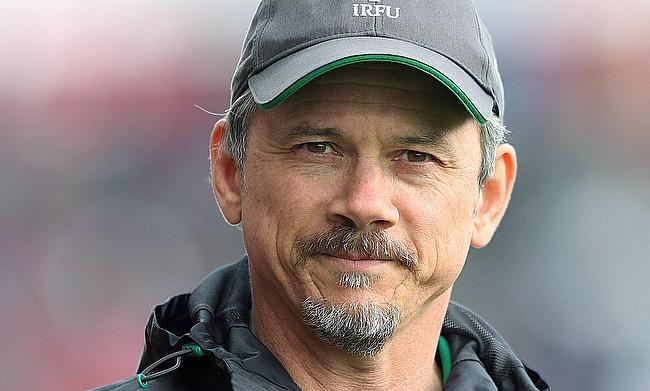 Ulster produced the bonus point victory they needed from their final European Champions Cup pool game against Oyonnax but must now wait on other results to secure qualification to the knockout stages as one of three best runners-up.

Les Kiss' squad scored eight tries to beat their ragged visitors 56-3 and boost their points differential to plus 60 which may also come into play in the final shakedown.

Ulster, who had narrowly beaten Oyonnax in France, put in a huge performance in front of their home crowd with star turns coming from Jared Payne, Luke Marshall, Paddy Jackson and Nick Williams.

The home side had their bonus point wrapped up by half-time when they led 28-3 after tries from Rob Herring, Darren Cave, Rory Scholes and Sean Reidy, which were all converted by Jackson.

They then racked up another four scores in the second half from Craig Gilroy, Robbie Diack, Ian Humphreys and Payne with Jackson converting one and replacement Humphreys nailing the other three.

Ulster opened with clear intent and had a try after only two minutes.

After Cave had been high-tackled, near the Oyonnax line, Paul Marshall took a quick tap penalty and from the breakdown stand-in skipper Herring dived over.

Jackson converted and Ulster were off 7-0. But Oyonnax came back seven minutes later with a Rory Clegg penalty after Cave was penalised for holding on.

Ulster again turned down a kickable penalty shot in the 13th minute to go for the corner only to be penalised for crossing after securing the lineout and the chance was wasted.

But the home side made no mistake from their next visit to the Oyonnax 22 and Payne broke and put Cave in for Ulster's second touchdown.

Jackson converted and Ulster now led 14-3. Clegg then missed a 22nd minute penalty chance and Kiss' men had their third four minutes later when a wonderful pass from Payne released Luke Marshall with Jackson delivering the scoring pass for sub Scholes - who had just come on after Andrew Trimble's blood injury - who dotted down under the posts with his first touch.

Jackson converted and the home side were now 21-3 ahead and looking good for their bonus point.

It duly came with two minutes of the half remaining when flanker Reidy crashed over close-in which Jackson again converted and the half ended with Ulster leading 28-3.

It took just seven minutes for Ulster to get their fifth try with Gilroy diving over from Trimble's pass and Jackson, yet again, landing the conversion this time from a tight angle.

The sixth score came four minutes short of the hour when Diack drove over and was awarded the score after some delay and TMO consultation with replacement Humphreys converting.

Humphreys then bagged his own try, which he converted, to put Ulster 49-3 ahead. Payne was next which Humphreys again converted but a ninth try eluded Ulster in the final minutes.