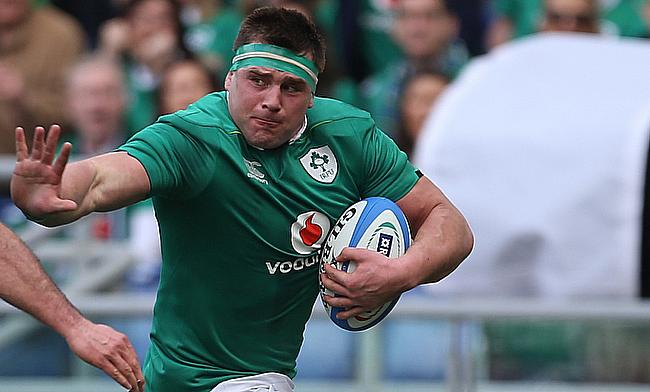 CJ Stander scored a second half try for Munster
©PA

Munster ran a six-try riot as they went on to claim a bonus point victory over Southern Kings in their Pro14 face-off at Outeniqua Park.

The Irish regional side have consolidated their position at second in Conference A and now have 63 points - seven behind table-toppers Glasgow Warriors while Southern Kings with their 18th defeat from 19 games continue to languish at the bottom of Conference B.

Munster started the game well with skipper and fly-half Ian Keatley slotting a 17th-minute penalty goal but eight minutes later they were reduced to 14-men temporarily with Gerbrandt Grobler sin-binned.

Southern Kings made most of their numerical advantage with back to back tries from flanker Andisa Ntsila (26') and Stephan Greeff (30') with fullback Masixole Banda kicking a conversion and a penalty apiece to take the scoreline to 15-3.

Having returned back to full strength, Munster ended the first half with momentum on their side as hooker Niall Scannell (37') and winger Calvin Nash (40'+3) scored back to back tries to reduce the deficit to 15-13.

Munster carry forwarded their momentum in the second half with Keatley breaching the defence of the Kings and allowing Ireland international CJ Stander to go over the line in the 47th minute and soon their bonus point came when Nash offloaded to centre Dan Goggin, who dotted over the line.

The game was taken away from the home side with two more tries for Munster coming from replacements Rhys Marshall (68') and Dave Kilcoyne (71') and despite a consolation try from Michael Makase (74'), the visitors completed a 22-39 win.