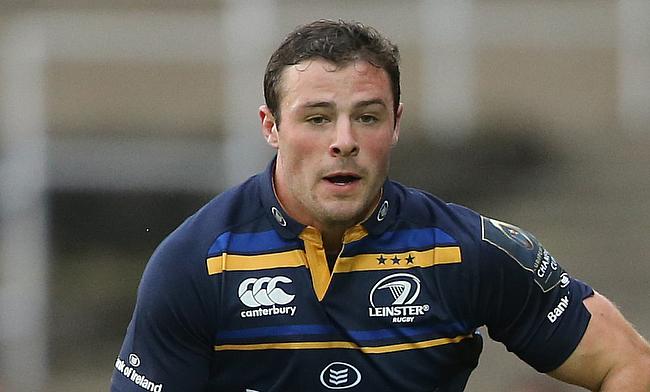 Leinster overcame a double from Andrew Conway as they completed a 24-34 win over Munster in the Irish Derby Pro 14 encounter in Limerick on Tuesday.

Ross Byrne got Leinster off the mark with a first minute penalty and seven minutes later the fly-half made a superb cross-field kick to allow Dan Leavy go past the line.

Byrne, who kicked the conversion also added his second penalty shortly as Leinster added 13 unanswered points in the first 15 minutes.

Munster finally managed a breakthrough when Conor Murray dived in the left corner but they suffered a setback when Conway as sin-binned in the 20th minute for an early tackle on James Lowe. It also resulted in a penalty try for the visitors as they stretched their lead to 5-20.

Having an additional man, Leinster upped the ante when Robbie Henshaw also went past the line in the 22nd minute and a conversion from Byrne made it 5-27 in favour of the visitors.

The tables were very much turned on the resumption, however, with Keatley sniping over for a galvanising try.

Munster finally gained momentum as Conway scored the first of his two tries in the 48th minute and Keatley's conversion made it 19-27. Fullback Jordan Larmour provided respite for Leinster when he went past the line in the 69th minute and the scoreline became 19-34.

Conway's well-taken 76th-minute try ensured the hosts at least had something to show for their frenetic second-half comeback, but the visitors' bench, which included Tadhg Furlong and Josh van der Flier, helped them seal their second season double over Munster in three years.