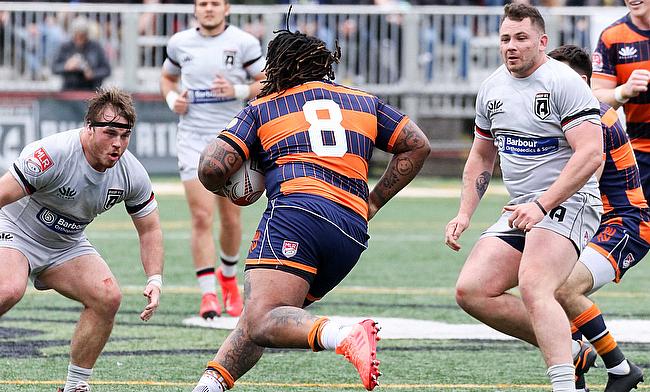 The opening two weekends have provided thrills, spills and so much more. Quite frankly, week three was no different. With each side in the league so evenly matched, there is no certainty of one of the leagues perceived stronger sides coming away with four or five points.

Week Three of Major League Rugby was the case and point of that, with some shock results across the country. TRUs Joe Harvey has wrapped up the events that took place across the pond and taken a brief look ahead to week four.

The weekend started off with a tight affair in Colorado. New Orleans were on the road to the Raptors and managed to grind out a 27-20 victory on the road. Canadian hooker Eric Howard, Argentine wing Julian Dominguez and Carl Meyer scored two tries in the bonus point win, no doubt a nerves settler as it was the sides first game on the road this year.

Then came one of rugby’s lesser spotted draws. Taking place in Texas at Bold Stadium, the Austin Gilgronis and Utah Warriors drew 20-20, with a last minute try from the visitors the only way for them to share the spoils after a hard-fought game. Frank Halai made his debut for the Gilgronis too, scoring a try as well to kick off his spell in the States.

Also in Texas, Old Glory backed up their monumental win over Seattle with a victory on the road at the hope of the SaberCats. Largely thanks to the boot of fly-half Jason Robertson, the New Zealander kicking 17 points for his side. Not the prettiest game of rugby by any means, it does show that DC are already learning to win ugly, something vital for new teams in the league.

Watch the tries that blew us away in week 3! For more great action, check out the match reports and highlights: https://t.co/xAMzDBBEBd

Seattle remain winless after a 17-39 loss at home to Toronto. The Canadians were lively from the start, Sam Malcolm clinical from the book, kicking all nine of his attempts from the tee. It was the captains that scored the tries, Dan Moor crossing twice and Lucas Rumball once, making the Arrows unbeaten to start the season.

Starting life in Major League Rugby with two wins from a possible two, Rugby ATL suffered their maiden loss on Sunday to Rugby United New York. Starting the game much the brighter, ATL’s early lead was wiped out by first half tries from Ben Foden, James Denise and Mark O’Keefe, with a singular Cathal Marsh penalty in the second half enough to secure a win on the road.

The final game of the weekend saw San Diego pick up a third win of the year. Beating the New England Free Jacks 30-21 in California, Luke Burton was as reliable with the boot as ever, converting the tries of Save Totosau and Devereaux Ferris, as well as kicking several penalties on the way to a bonus point win.

Week four starts with what should be an extremely exciting fixture in Louisiana. Hosting San Diego, NOLA have the unenviable task of trying to subject Rob Hoadley’s team to their first loss of the season. A good win for NOLA will no doubt help them in their attempts to challenge Toronto further at the top of the East Conference, so there is definitely motivation for each side.

Old Glory sit on nine points so far this season. Like NOLA they are in the East and in what is such a competitive conference, they will be wanting five points at the weekend as they play Austin. Whilst both sides have grown this season, Austin are still gelling as a team and as a new organisation, with some new faces yet to arrive. Regardless, it will be an enthralling game.

Yet to win a game this year, Colorado should be bang up for a visit from Utah. It is easy to imagine the frustration that both sides will be feeling coming into this one, Utah outplayed by Austin and the Raptors, once one of the league’s strongest teams, having not had the bounce of the ball their way so far this year.

An also winless, Seattle play host to a New England side that haven’t won since the opening weekend of games. With both sides competitive throughout this period, it will be a fiery encounter at the Starfire Sports complex, with each needing a win to kick into gear for the rest of the year.

Heading up the East, Toronto make the trip to ATL who are fresh off their first ever loss. A divisional matchup, a win for ATL could really put a cat amongst the pigeons. However, it is a pretty horrible task taking on a side full to the brim with confidence, assured of themselves and, most importantly, a tight group of players.

Finally for week four, we will see Houston play New York in Texas. Houston have turned a huge corner since the opening year, they will surely cause havoc against this star-studded RUNY side. Having won two in a row now, Paul Healy’s side will have to cut down on their errors in order to get four points, but this is an exciting prospect on Sunday night.