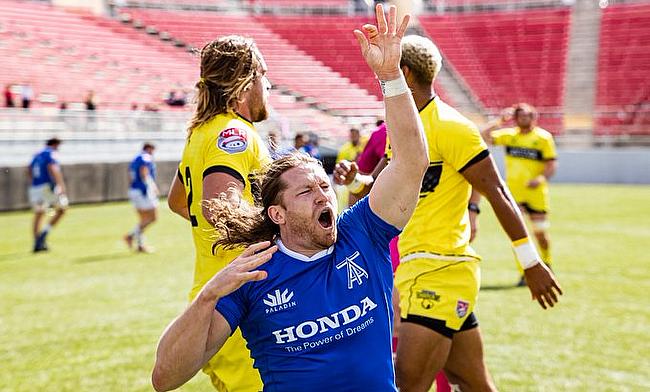 MLR 2020: Week One
No looking back for Toronto in Major League Rugby
MLR 2020: All about to kick-off

After another round of, quite frankly, enthralling action across the pond, TRUs Joe Harvey has once again rounded up what has happened in the second week of Major League Rugby.

Let’s star with what transpired in Vegas over the weekend then. To start with the New England Free Jacks played Utah. The first of four games held in the gambling capital of the world, Utah’s second half comeback set the tone for the three games that followed the 33-39 win over New England.

Shortly after, New York were offered a chance of redemption after their opening weekend loss to the Free Jacks in Nevada. Playing Frenchman Mathieu Bastareaud at number eight, last season’s semi-finalists beat the Austin Gilgronis 49-31. Not wholly convincing at times against an Austin side that had been dominated by Toronto the weekend before, Greg McWilliams will be happy to have his first win as New York’s Head Coach.

Speaking of Toronto, they and Houston SaberCats played out a quite brilliant game at the Sam Boyd Stadium, early on Sunday afternoon. Eventually winning 27-22, Toronto were reduced to 13 men after a yellow card to Tomy De La Vega and a red for Canadian international Mike Sheppard in the closing stages, eventually holding up a SaberCats driving maul over the line to secure the win.

The final game of MLRs weekend in Vegas saw Colorado take on a San Diego side enthused by their win over Seattle the previous weekend. Ma’a Nonu ran in his first MLR try as the Legion won the game 49-22, the work of Paul Mullen at the scrum and game management from Luke Burton, massively contributing to their second win in two.

The first of two games not in the desert was Old Glory DC’s first ever home game at Cardinal Stadium. Playing Seattle, many expected the new club to rollover like they had done at NOLA the previous weekend. Instead the opposite happened. With Tendai Mtawarira installed at loosehead, Old Glory established scrum dominance, helping them hugely on their way to an astonishing 22-28 win.

Similar to the result in Colombia, Rugby ATL surprised many with their second win in a row. Beating Utah last weekend, Scott Lawrence’s side went to New Orleans the underdog, purely because it is their debut season in the league. But they upset the odds once more, with the boot of Kurt Coleman a major reason for the sides tremendous result on the road.

After some fairly astonishing results in week two, we can only anticipate more of the same come Saturday and Sunday. A weekend that has four games on Saturday, a winless Colorado Raptors host NOLA Gold in what will be a frantic effort to kickstart their season. The Gold will have it all to play for too, having had an underwhelming second run out against ATL.

Following that fixture, we will see Austin trying to get off the mark against Utah. A winless 2019 has culminated in plenty of off-season changes for the Texans, with a new ownership group arriving just days before their season commenced against Toronto. Utah, however, have a slightly different objective. Having beaten New England in Vegas last weekend, Chris Latham will be wanting his team to push on and dominate for not only this game, but the rest of the season too.

A lot of eyes will be drawn to Old Glory this weekend. Having stunned fans and pundits alike with their win over Seattle, they are visiting the AVEVA Stadium in Houston to play the SaberCats. Now both on a win each in 2020, it should be a pretty exciting game in the lone star state.

The final game on Saturday has all the hallmarks of a barnstormer. An unbeaten Toronto rumble into Washington with the hopes of beating the two-time champions, the Seattle Seawolves, who after two losses will certainly be up for this one. Having played out some superb matches last year, it may be worth the late-night viewing.

Sunday sees New York’s away run of fixtures continue, with the likes of Bastareud and Foden rolling into Georgia after securing their first win of the season last week. It will not be easy to pick up that second win of the season though as they will be playing a tight-knit Rugby ATL side who have started their time in MLR by going two for two against more established opposition.

Finally, New England will be making a trip to the Torero Stadium, California, to play a San Diego Legion team that simply don’t look to have any chinks in their armour. Having been dominant forces in the league since its inception, Josh Smith’s side will certainly be going into this one as underdogs having lost last week in Nevada.