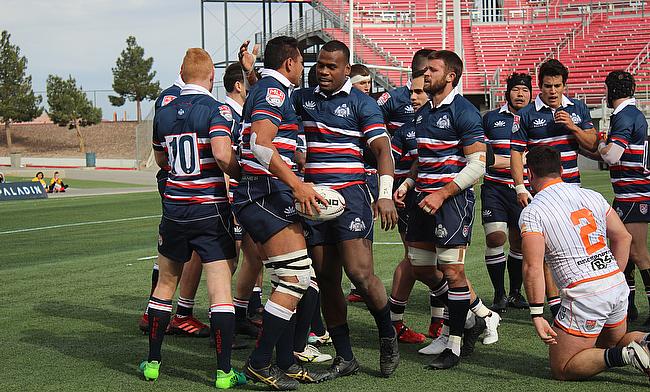 Last weekend saw the return of Major League Rugby. Taking place for a third season, TRUs Joe Harvey watched several of the games and has rounded up last weekend’s action and looked ahead to the fixtures taking place this weekend.

As ever, the opening weekend of competition is a chance to see what changes sides have made in their time off, as well as a chance to see the new faces in the league. This was certainly the case in Major League Rugby over the weekend, with the likes of Ma’a Nonu and Rene Ranger making their debuts.

Ranger came off the bench for Colorado as they fell short to the Houston SaberCats in Texas, Sam Windsor guiding his side to a 21-12. Nonu’s debut was one far more memorable. Playing at inside centre, the Kiwi was extremely influential for San Diego as they overcame two-time champions, Seattle Seawolves, in California.

In what was a repeat of the Championship game last year, San Diego banished their demons, scoring 33 points to Seattle’s 24. Having recruited extremely well in the off-season, San Diego Coach Rob Hoadley will be extremely hopeful that his side can win a title this season.

The NOLA Gold enjoyed an opening weekend too. Playing new side, Old Glory DC, the Louisiana side thrashed their opposition 46-13, much like last season starting strong. Tries came from former Northampton and Nottingham man Cam Dolan, the number eight crossing the try line on three occasions.

Wait, what?? @NEFreeJacks scored one of the most bizarre tries this past weekend against @rugbyunitedny in the opening weekend of @usmlr at Sam Boyd Stadium in #LasVegas.

Another side that had a pretty strong opening weekend was the Toronto Arrows. Buoyed by a raft of Canadian internationals, Chris Silverthorn’s team piled 38 points on their hosts, Austin Gilgronis, the Texans unable to really offer too much resistance. Still awaiting the likes of Kurt Morath and Adam Ashley-Cooper to arrive in the States, it can be imagined that Austin’s fortunes will improve.

Despite Old Glory’s poor first showing in the league, the other two new clubs had successful first outing’s in MLR. First up is Rugby ATL, the side who are led by the vastly experienced Scott Lawrence beat third year opponents Utah Warriorsin Georgia 28-19, an impressive second half comeback securing the side all available points.

The final side that enjoyed an outstanding opening day was the New England Free Jacks. Playing against the star-studded Rugby United New York, who had the likes of Ben Foden and Mathieu Bastareaud in their starting line-up, Josh Smith’s simply played the better rugby and were the better side, beating their near rivals 34-14 in the first of a series of games in Las Vegas.

Four games will take place at Las Vegas’ Sam Boyd Stadium this weekend, with third-place New England playing their second game in two weeks in Nevada. This time they will be playing Utah, who lost last week away to Rugby ATL.

Following that game, the Austin Gilgronis will be coming up against a Rugby United New York side that also had disappointment last weekend. The likes of Foden and Bastareaud will be keen to get their season up and running after their heavy loss to the Free Jacks the weekend before.

On Sunday, two sides that enjoyed winning opening weekends will begin the action. Toronto will be playing Houston in Vegas, with both the sides hoping to build on fine performances the week before.

Seattle will also be on the road for the second time in two weeks. The incumbent champions will be part of Old Glory DC’s opening weekend at Cardinal Stadium at Catholic University. The Seawolves would have been extremely disappointed with last weekend’s loss to San Diego and given how DC performed at times last week, the visitors will back themselves.

Back in Nevada San Diego will be up against the Colorado Raptors. With a new Head Coach, the Raptors are in a transitional period and coming up against a San Diego side that have integrated their new signings extremely well, this has the capability to be the most exciting game of the weekend.

The final game of the weekend sees Rugby ATL travel away for the first time in Major League Rugby. Going away to play NOLA at the Shrine on Airline, this should be a fantastic encounter, with both sides having won on the first weekend, it will be fantastic to see how both sides progress this time out.