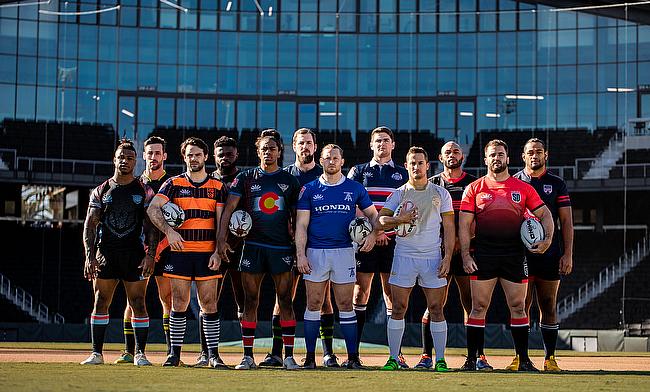 With the third season of Major League starting on Saturday, Joe Harvey has previewed the burgeoning professional league in North America.

Looking at new teams, faces and what new fans of the league should expect, Talking Rugby Union will be offering regular updates on all the action from across the pond during this MLR season.

Well this year, there has been quite a few changes with three new clubs joining the league, making it a 12-team competition. The New England Freejacks, Rugby ATL and Old Glory DC have been added for 2020 which has strengthened the East Coast presence.

As a result of this, MLR has shifted to a conference system, with the New England Freejacks, Old Glory DC and Rugby ATL joining New Orleans Gold, Toronto Arrows and Rugby United New York in the Eastern Conference.

Moving to a more traditional North American league structure will no doubt make the league far more competitive. Playing each divisional rival twice, both home and away, whilst also playing select sides from the other conference once a season, this new system could throw up some really interesting matchups by the time that the off-season comes about.

Who are the star players?

Much like last season, there has been another influx of recognisable players into Major League Rugby. The names on everyone’s lips are two of the biggest in the world of rugby over the last 10 years.

One is far more literal. Mathieu Bastareaud has moved to the Big Apple to join former England full-back Ben Foden at Rugby United New York but even at the time of writing, another big name could be about to join the ranks in New York as well.

Chris Robshaw’s sudden decision to leave Harlequins has left many with the impression that England’s former captain will be joining up with Bastareaud and Foden on Coney Island in the very near future, especially after team owner James Kennedy addmitted that the side had been talking to Robshaw in the past couple of days.

Two-time World Cup winner, Ma’a Nonu, has gone to the slightly warmer West Coast in order to play for last season’s finalists, San Diego Legion. Spending last year back in Super Rugby, after three seasons in the south of France with Toulon, Nonu will pose an extremely physical threat in the midfield for the Californians as they hope to get over the hump left by last season’s loss in the Championship game.

The rebranded Colorado Raptors have also brought in some firepower to their side. Wallaby, Digby Ioane and All Black, Rene Ranger, will both offer a threat around the field for Peter Borlase’s side.

A Rugby World Cup winner will also be joining the league. Just weeks after lifting the Webb Ellis trophy in Yokohama, Tendai Mtawarira announced that he would be joining new franchise Old Glory DC. Immediatelym this will make the Old Glory pack a force to be reckoned with, especially after the dominance that he showed in the World Cup final.

New England have made a splashy signing in the forward pack as well in the form of Japanese legend Kensuke Hatakeyama. He played 78 times for the Brave Blossoms, including in the historic win over South Africa in Brighton, so the prop will add an experienced edge to a side that are looking to establish themselves in the league.

Seattle have taken a much different approach. Instead of signing veterans, the two-time champions have brought in younger talent that will be reaching the prime of their career in the coming years. Perhaps the most notable example of this is the signing of former Wasps and London Irish centre, Ross Neal, who at the age of 24 will enjoy the opportunity to reignite his career in MLR.

What should fans expect?

The closest standard of rugby that you could probably compare MLR to is National 1 or the Championship. Last year, the league had come on leaps and bounds from its first season and you can expect to see more of that in 2020.

Having brought in more players who have an array of experience in the professional game, standards will no doubt increase within each team and even the introduction of more head coaches who have cut their teeth in professional environments their entire careers, will also drive forward the standards.

One of the most unique factors for overseas fans tuning in for games, is that all the matches are streamed live on Facebook throughout the season. As a result, you can watch the likes of Ma’a Nonu and Mathieu Bastareaud for free, as well as see some free-flowing rugby played by some extremely exciting athletes.