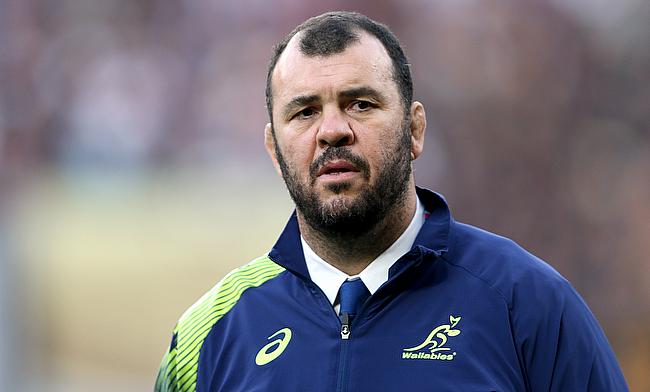 Michael Cheika took in charge of Australia in 2014
©PA

Australia head coach Michael Cheika has confirmed that he will seek a renewal of contract following Wallabies' exit from the ongoing World Cup.

Cheika joined Australia as head coach in 2014 but had a tough last year when they faced a 2-1 home series defeat against Ireland in June and Rugby Championship 2018 tournament they lost both the Bledisloe Cup contest against the All Blacks and also suffered defeats against South Africa and Argentina as they finished third in the table.

The dip in form continued as the Wallabies also lost three out of their four November series game with their only win coming against Italy that sparked criticism on Cheika but with the backing of Rugby Australia he continued to be in charge of the side leading into the World Cup where they faced an exit in the quarter-final after losing to Eddie Jones' England side.

“I got asked the question in the press conference, you would’ve been there and listening, about what’s going to happen going forward and at the time I wasn’t keen to answer but I always knew the answer in my head, I just wanted to speak to my wife and tell a few people up there about it,” he said.

“I put my chips in earlier in the year I told people no win, no play.

“So, I’m the type of man who always going to back what he says and I knew from the final whistle but I just wanted to give it that little bit time to cool down, talk to my people and then make it clear.”

Earlier, Cheika already stated that he would seek a renewal of contract unless Australia win the showpiece event and now has been linked with a coaching role with French club Montpellier.

Rugby Australia director of rugby Scott Johnson has been assigned with the task of finding a replacement for Cheika with New Zealander Dave Rennie among front-runners.