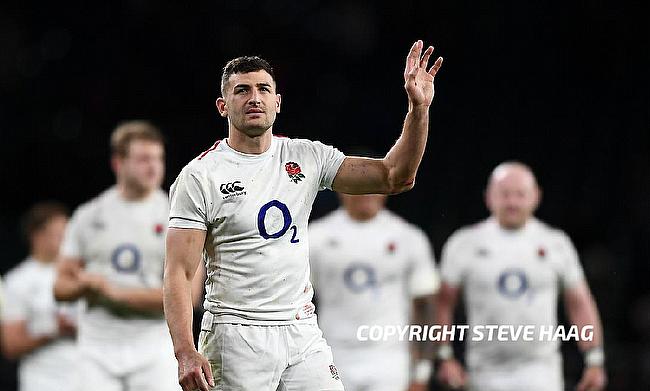 England are through to the Rugby World Cup semi-finals after a superb 40-16 victory over Australia in Oita. Ben Mercer delivers his verdict for TRU

England dispatched Australia and march on to the semi finals. They must be feeling confident about their chances of getting to the final after weathering everything that Australia threw at them

Australia will be devastated as it felt like they did all the running, enjoying the lion's share of possession and territory, particularly in the second half

They came racing out of the traps at kickoff, putting the phases together and pressuring England immediately, Kerevi leading the way with some typically powerful carries and Hooper picking intelligent lines close to the ruck.

Kurtley Beale made a slashing break and England were lucky to not concede a yellow card, killing the attack stone dead with a penalty infringement and pleased to only give away 3 points

England for their part had no territory but looked dangerous every time they approached the Australian 22, Pocock winning a crucial turnover when a try seemed the obvious outcome.

"The good news for us is we can still improve"@EnglandRugby coach Eddie Jones thinks his side can still improve after their 40-16 victory over Australia in the #RWC2019 quarter-finals.#ENGvAUS #RWCOita pic.twitter.com/0Lg1sQ7kkS

Australia’s backs looked sharp with Beale making breaks, Kerevi and Petaia looking sharp and Marika Korobeite who had a good claim for man of the match. What they seemed to lack was some direction, looking rudderless at halfback where Christian Lealifano did not manage to impose himself on proceedings.

England’s defence looked particularly obdurate and they managed to not concede a try until early in the second half. The difference between the sides was that when England did have the ball in the Australia half, they scored.

England worked the ball to Anthony Watson, he beat the Australian defenders with ease, Manu Tuilagi showed his power keeping momentum going and Jonny May got over in the corner for a great team try which opened the scoring for Eddie Jones' side.

Beale came back with another break but Pocock threw a particularly egregious intercept, Henry Slade pulled off a great bit of skill with his wrong peg, grubbering the ball ahead and May was too fast for the cover.

Australia would have felt hard done by to go in behind at the half, especially as England killed some of their try scoring opportunities with what could have been yellow card offences, Slade denying them before the break with an obvious offside.

After coming right out with a try, Petaia giving a good inside ball and Korobeite rounding Daly, it felt like Australia might mount a comeback but England struck straight back through Kyle Sinckler and after that, they managed to control the rest of the game without really having to overextend themselves as Anthony Watson rounded things off with a late interception try.

After making some big selection calls, you’d have to credit Eddie Jones with getting them all correct. Owen Farrell nailed all his kicks and put Sinckler through for his try with a great flat ball. Mako Vunipola lasted most of the game, proving that his hamstring was more robust than his nose and Slade had some decisive moments of quality.

They looked solid in defence, infringing when appropriate and having too much strike power for Australia when they managed to get the ball into dangerous areas. Whoever they face will be rightly concerned as even though the scoreline ended up being comfortable, it looks like England have more to give.