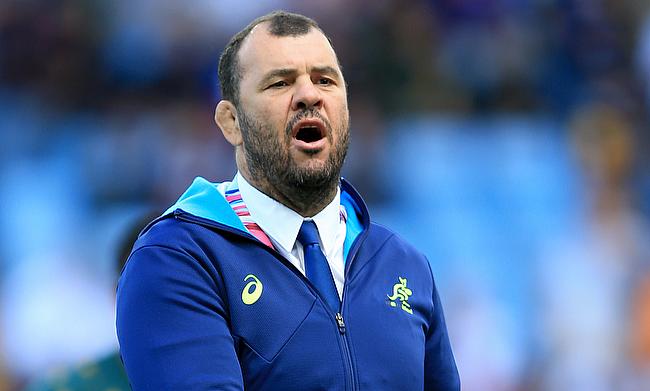 Michael Cheika is confident of Australia's chances against England
©PA

Australia head coach Michael Cheika has played down England's dominance over the Wallabies in recent times ahead of the World Cup quarter-final between these two teams in Oita on Saturday.

With the quarter-finals now decided, we enter into knock-out rugby, and you may wish to get the complete betting guide for the rugby world cup 2019 for all your RWC offers and events.

England have been dominant between the two sides over the last four years as they went on to win six consecutive games against the Wallabies including a 3-0 series win in Australia in 2016 so you should see the odds stack in England's favour as we look to this weekend's quarter-final.

Australia have played all of their full pool matches, with England missing out on their incounter with France due to Typhoon Hagibis, where England were favourites in that top-of-the-group encounter. France go on to play Wales, who have risen out of their Pool as the number one side, and serious odds-on final contenders, despite having the Wallabies push them hard in their September Clash.

"I think it's irrelevant, really. There are reasons, I'm not trying to avoid it, but why go back and talk about all those games?

"I talked about those games in those press conferences after those games. Looking backwards is only going to give you a sore neck."

Even in the ongoing World Cup, Eddie Jones' men have been instrumental as they registered three bonus-point wins that saw them claim the top place in Pool C while Australia had a close defeat against Wales and were stretched by Georgia in the final game of Pool D but still managed to finish second in the table convincingly with 16 points.

Even though England have the mental edge in the all-important clash, Cheika expressed confidence on his side to go a distance in the tournament.

"Call me a sucker. I believe in my lads," added Cheika.

"I know there's other people who won't give us much of a chance, but I believe that when you believe in yourself you are much closer to being able to create history."

The last time Australia went on to register a win against England was during the 2011 World Cup clash at Twickenham Stadium where Cheika's men sealed a 33-13 victory with Bernard Foley contributing 28 points.

Championship clubs slam RFU over their decision to slash funding