Mental health issues in rugby: “Confide in a team mate, a club mate, a friend” 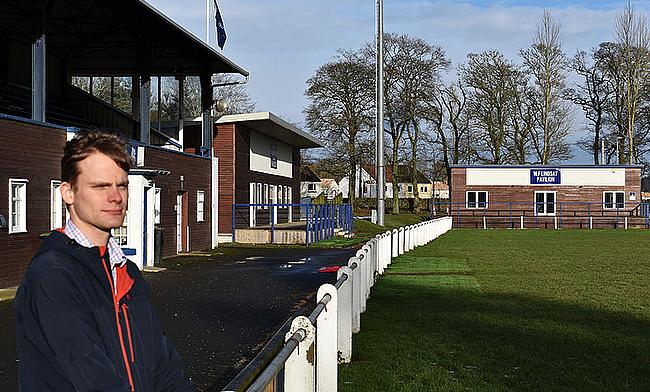 Humble, competitive and driven: Cameron Redpath “can become a household name”
“She is a student of the game who knows it inside out”: The refereeing rise of Hollie Davidson
Series Three: Looseheadz x Talking Rugby Union Podcast - Jamie Bhatti
Scottish Premiership player covers 77kms in a day to raise awareness for mental health

We all know that the last 10 months or so has been tough for everyone for various reasons and mental health issues have been on the rise.

Within rugby at all levels, mental health dips have been felt keenly by many who are struggling to deal with a loss of routine. That absence of training and the void left by no matches taking place has been difficult for so many who miss the camaraderie and friendship that comes with seeing your club mates regularly.

With some form of lockdown still in place in the majority of the UK due to the ongoing pandemic, the chances of ‘normal’ rugby returning any time soon are slim, with the 2020/21 season below the pro game looking like it is going to be all but completely wiped out.

In Scotland, most clubs have not played a competitive game since late February or early March 2020 and at that stage, Selkirk’s first XV had secured a Tennent’s Premiership play-off place before the campaign was declared ‘null and void’.

Being a Borders club, there is a tight-knit community surrounding the Philiphaugh outfit and on a Saturday during the season, their clubrooms would normally be jam-packed.

The club's website has now been updated, featuring a story on the appoinment of Selkirk RFC's first-ever Mental Health Officer, Ruaraidh MacKessack-Leitch (pictured). To read about the initiative and find out more follow this link - https://t.co/am0MOia8Bh

Selkirk are a very forward-thinking club and it is to that end that they have brought on board Ruaraidh MacKessack-Leitch as their newly appointed Mental Health Officer.

“I am honoured to have been brought on board by Selkirk to help with this,” Ruaraidh, who works as a local GP, told TRU.

“This new role aims to promote positive mental wellbeing amongst players and members of our rugby community. This is a difficult time with many different challenges facing families throughout the country. Mental health problems can affect anyone, from any walk of life, at any time in their life.

“My aim is to have an open door to anyone who feels they need help with their mental health or are concerned about others. As a club, we are keen to support anyone who needs it.

“I am new to the area, but so far have seen great spirit and enthusiasm within the club which is fantastic for the community and its resilience. I have managed to speak to a few players so far and had some really good discussions and I hope to speak to more people from the club in the coming weeks and meet them all when it becomes safe to do so.”

“It doesn’t have to be me. I just urge people to speak to someone.”

Being a 32-year-old male himself who has been involved in the sport since he was a young boy, Ruaraidh is only too aware that men of a rugby playing age do not always find it easy to open up about issues that are affecting them away from the pitch.

“Things are certainly getting better with a number of high-profile people having spoken out about mental health issues recently and making it easier for others to talk, but there is still a long way to go,” he acknowledges.

“Men under the age of 40 in particular still find it very hard to open up sometimes and don’t want to burden others with their perceived problem.

“Hopefully with Selkirk bringing myself on board as Mental Health Officer, it will help rugby players and those connected with the game speak more, but there are two important things to note from my point of view.

“The first is, you don’t have to be a Selkirk member to speak to me or even a rugby player, we want to try and help as many people locally and further afield as we can.

“And secondly, some people find it hard to talk to a doctor and I do get that, but through myself being in this post, we hope it normalises the conversation a bit more and shows that it is okay not to be feeling yourself.

“It doesn’t have to be me that you speak to, I just urge people to speak to someone if they are struggling. Confide in a teammate, a club mate, a friend, just don’t keep things bottled up inside.”

“Rugby has always been a real passion of mine.”

Born in Inverness and growing up in Elgin, Ruaraidh first began playing rugby at the age of seven in Moray RFC’s mini rugby section.

The Elgin Academy pupil went on to play for Moray’s senior first XV before heading to the University of Dundee to study medicine.

While he was training to be a GP in Edinburgh, he played his rugby for Liberton before heading to New Zealand in 2016 to take up a work post in the Mid-Canterbury town of Ashburton.

While there, he played for local club Ashburton Celtic and - after time back in Scotland playing for Moray and Liberton – he moved to Marlborough in New Zealand.

That was in 2018 and whilst there, he played his rugby for the Blenheim-based Moutere, known as the Magpies. Now living in Selkirk with his wife Lorna, he hopes to play for the club when grassroots rugby resumes in the future.

“Rugby has always been a real passion of mine and I’ve been incredibly fortunate to have had such a varied rugby career,” he stated.

If anyone feels they are in need of urgent mental health support, then please contact Breathing Space on www.breathingspace.scot or 0800 838587, call 111 or speak to your local GP practice.