McCaw's focus is on winning the World Cup and not retirement 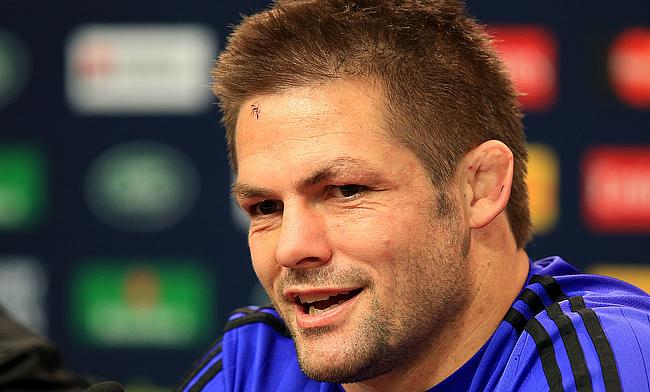 Richie McCaw will retire after Saturday's World Cup final, even though he refuses to confirm the obvious
©PA

It is widely expected that Richie McCaw will retire after Saturday's World Cup final against Australia, and yet New Zealand's decorated captain is still refusing make an announcement.

All Blacks boss Steve Hansen continually hails McCaw as "the game's greatest-ever captain", and the 34-year-old can cement that status by retaining the Webb Ellis Cup this weekend.

In refusing to admit Saturday's Twickenham showdown will be his 148th and final Test, and last turn in rugby, McCaw took the art of captaincy to the nth degree.

McCaw is simply so dogmatic in his captaincy that he cannot ever countenance the merest whiff of placing his personal situation ahead of the collective.

"I haven't announced anything really," said McCaw, when asked outright if the World Cup final is his last game of professional rugby.

"I've purposely not got into that because I didn't want to get all hung up on what could be.

"I have to make a decision when I get home.

"I've been told there's a spot at the Crusaders if I really want it.

"I just want to play this weekend, and the tournament before that, the best that I can.

"You still play as though you've got years ahead.

"I've made no secret that I have to reflect after this, but I just have to get this week right."

Stalwarts Dan Carter, Ma'a Nonu, Conrad Smith and Keven Mealamu have long since accepted the end of the World Cup as their All Blacks finish line.

McCaw explained his evasive tactics as little more than refusing to let his mind go soft, as he hones in on making history as the first captain the lift the Webb Ellis Cup twice in succession.

"That's what we're here to do," said McCaw of New Zealand's trophy quest.

"If at the end of six weeks you get that opportunity then that's what you're after.

"I haven't allowed myself to think even one second past the final whistle.

"That allows in thoughts that are unhelpful for the game.

"If we do our best we'll give ourselves an opportunity.

"If we get that performance right that will be something that would be pretty nice to do."

The All Blacks head coach insists McCaw's leadership has grown ever since New Zealand crashed out of the 2007 World Cup quarter-final with 20-18 defeat to France in Cardiff.

"In my mind leaders aren't made, they are grown.

"You're not born a leader, you learn through your experiences, and a lot of those can be negative, that you have to learn pretty sharply from.

"He copped a lot of flak in 2007, he's grown through that adversity.

"He is now one of the great leaders of all time, to go with being a great player. And he's a good bloke, so he's got the trifecta."

Though refusing to address his retirement directly, McCaw knows full well it will be a wrench to remove the All Blacks shirt for the final time this weekend, win or lose.

McCaw admitted wanting his New Zealand debut, against Ireland in 2001, to last forever.

Once Saturday's final is complete, the fierce competitor must then confront his Test arena mortality.

"You grow up wanting to be an All Black, that's the dream," said McCaw.

"I remember the first time I did it I just didn't want that moment to end.

"Once you get past that it's about leaving some of yourself in that jersey.

"That's what being an All Black requires, you add to what's gone before you, you don't want to let it down.

"I've loved every time I've got to do that."

McCaw believes the route to knockout victory lies in simplicity.

"I don't really care how the game is as long as we win," said McCaw.

"You've got two teams that want to use the ball.

"As pressure comes on it gets tight.

"It's not actually doing anything magical, it's about doing your job when it counts."