McCall backs George to challenge Hartley when they face Northampton 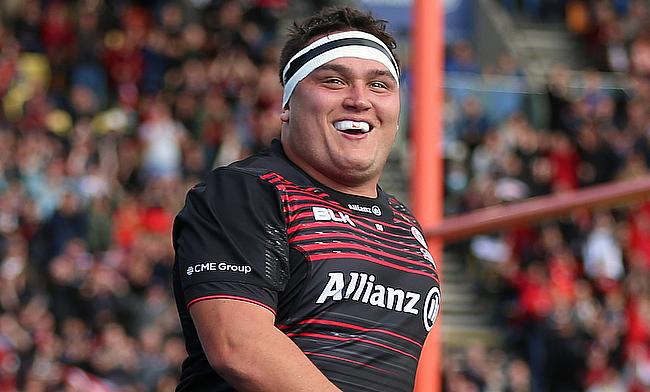 George looked in scintillating form for the Sarries in the recently concluded Aviva Premiership encounter against Wasps where he scored hat-trick of tries as his team completed a 38-19 win that took them to the top of the table.

The 26-year-old has been an understudy to Hartley when representing England but he will have a chance to impress Eddie Jones when he locks duel with his red rose team skipper during the Pool Two clash of the top tier European competition.

"Jamie did well in the tight, but he was also good around the park by making lots of little half breaks. He showed a lot of attacking ability during the game and I'm really pleased to see him play so well," McCall said.

"We're going up to Northampton on Sunday and Dylan Hartley will be starting so it will be an important game for Jamie."

England and British and Irish Lions international Owen Farrell was a late withdrawal ahead of the game against Wasps due to a minor calf injury but McCall is confident of the fly-half's return for the next game.

"Owen had a little awareness in his calf all week. It seemed a little bit better towards the end of the week and we let him warm up for this game, but given what's ahead of us it seemed foolish to risk him against Wasps," McCall said.

"The important thing is that he'll be fine for next week. It was just a precaution and the scan showed it was only a very, very minor calf strain."