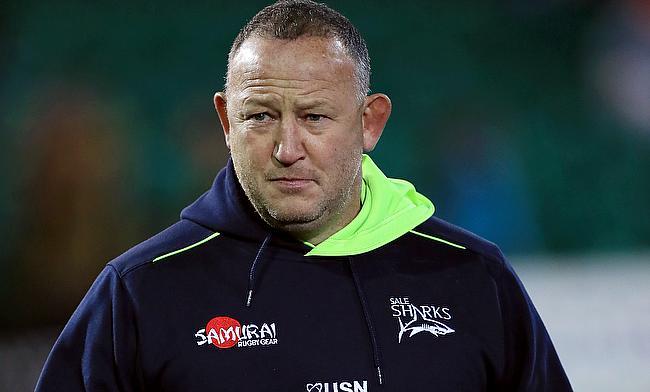 It’s difficult to know exactly how to make a game like this sound sexy.

Because of adverse weather, it was a contest of kick chases, going for territory and taking the points when they were on offer. Sale had made large changes to their side, but that did not stop them getting a win on the road against what was virtually a first choice Wasps team.

It is the first time that Wasps Head Coach Lee Blackett has tasted defeat since taking the hot seat in Coventry, and it is a result that has seen Sale move ahead of them in the table.

Well this really wasn’t anything to write home about. There were various spells of rain, meaning that both sides opted to kick to one another which was drawing their opposition into making mistakes. When the ball was in hand, various penalties were given away and it was just kicks from the tee that proved the difference.

AJ MacGinty slotted three penalties and could have even increased his tally further if his teammates weren’t so keen on lineout mauls. It was Jimmy Gopperth that got Wasps’ six points, with the home side maybe guilty of the same mistakes as their visitors.

In all honesty, the teams were simply even. In weather conditions like that, there is only so much that you can do to attack meaning the maul and kicking to the sticks were the only real options to ensure point scoring opportunities.

Well this is when things got interesting. The weather had largely cleared up and the sides found themselves able to keep possession for longer and longer. Sale drew blood first, a MacGinty penalty that was soon followed by another.

It was in the 60th minute that the Sharks made their first meaningful leap in the scoreline as a free flowing attack saw Luke James crash over in the corner. It was just the spark that Steve Diamond’s side needed as his much changed squad were able to reignite their top four hopes.

They wouldn’t score again and despite going close on several occasions, it was mainly Wasps who had possession of the ball. Camped in Sale’s 22 for much of the final 15 minutes, the visiting side were reduced to 14 when Jono Ross judged to have impeded Ben Vellacott on a kick chase.

It was the break that Wasps needed and following tidal waves of attacks, Jack Willis eventually crashed over. If the conversion from Gopperth had been completed, there would have been a chance that Wasps could have drawn the game, but the Kiwi could not deliver.

Upon regaining possession, Sale’s try scorer kicked the ball directly to touch, securing their first win since returning to play earlier this month.

As much as we want every game to be a sprint, with a competitor thrusting their head forward to grasp a photo finish, not all matches are like that. In the case of Wasps' home clash against Sale, it could be more aptly described as an arm wrestle.

For most of the game, the sides were just seeing who the stronger were, locked in a grip of kick tennis and waiting to see who might blink first. Sale came to the West Midlands with a lot on their plates and a squad that were hungry for action, with many of them not having tasted rugby for almost five months.

There was just a doggedness about Steve Diamond's team, his side attempting to pounce onto any ball possible with AJ MacGinty and Will Cliff managing things superbly. The former had much to do with the victory as his boot and vision helped Sale to a vital win.

It is exactly the week we expected with so much up for grabs at the top of the table. The game of who is to blink first is only beginning with Sale at home to Bristol on Saturday and Wasps travelling to Bath on Bank Holiday Monday. The Premiership is truly delivering once more.