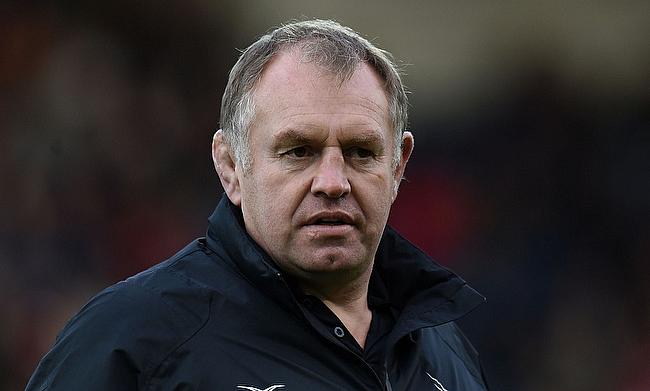 Centre Tom Penny will make a return to Newcastle Falcons after signing a two-year deal with the club ahead of their Premiership return next season.

Penny has been a part of Newcastle Academy and made his first team debut in the 2013/14 LV= Cup before playing his first Premiership game in 2014 against Saracens.

Penny, who could also play at wing or fullback made 39 appearances for the club before joining Harlequins in 2019. The 25-year-old will join the squad ahead of their pre-season programme as they gear up for a return back to the top tier after dominating the Championship in the 2019/20 season which was curtailed by the pandemic coronavirus.

“It’s really good to be back," he said to the club's official website.

“It hasn’t been that long, in reality, so everything is still familiar, but I’ve started back with the rest of the squad and it’s a great feeling.

“It was great to see them ploughing on and claiming that unbeaten record when the season was brought to a close in March, and there’s no doubt in my mind they were always a Premiership club.

“The Championship is a tough league and the boys really had to graft all the way through, but they proved more than up to that challenge and fully deserved their promotion when it was confirmed.”

Newcastle Falcons director of rugby was pleased to secure the services of Penny.

“Tom is a real talent who has enjoyed some high-level rugby during his brief time away.

“He knows our systems inside-out and he’s a local lad who plays the game with pace and aggression, so it was a no-brainer when we had the chance to bring him back into the fold.”