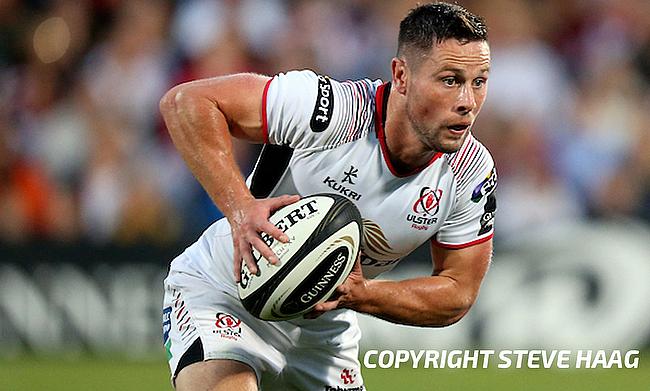 Ulster came up with a six-try performance as they went on to outplay Dragons in the third round of Pro14 at Kingspan Stadium on Sunday.

This is Ulster's third win from as many games as they are at second place in Conference A table while Dragons are at fifth after losing two out of their three matches.

Marcel Coetzee got Ulster off to a brilliant start as he dotted down in the third minute and John Cooney improved making it 7-0. Dragons reduced their gap to four points after a 10th minute penalty kick from Dragons.

The home side increased their lead further when Eric O'Sullivan dived at the back of a line out and Cooney improved it to make it 14-3. The Irish side sealed the game in the opening half as further tries from Sean Reidy (27') and Louis Ludik (32' and 38') ensured they headed into the break with a dominant 35-3 lead.

Ulster's momentum suffered in the second half when Matt Faddes was yellow-carded in the 52nd minute for an elbow to the throat of Adam Warren and just when they thought they could get away with a player less, Ashton Hewitt crossed over for Dragons in the 60th minute that Davies improved.

Any chance of Dragon coming back was put off with Alan O'Connor's try in the 67th minute before Jamie Roberts' try in the closing stage helped the visitors reduce their losing margin.