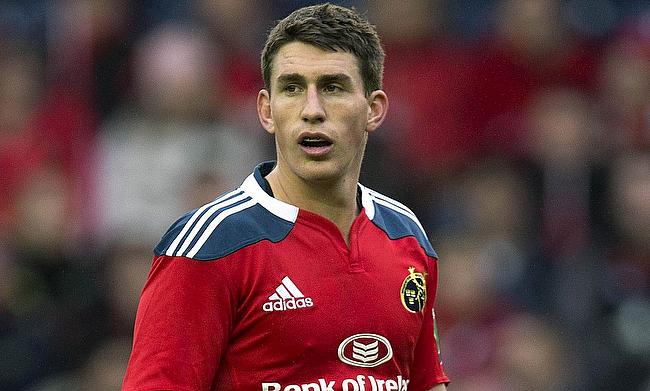 Ian Keatley was the lone try-scorer for Benetton
©PA

Scarlets managed to overcome a red card to Morgan Jones as they edged out Scarlets 3-10 in the third round of Pro14 at Stadio Comunale di Monigo.

The Welsh regional side had early setback with Marc Jones injured in the sixth minute. Ian Keatley kicked a penalty goal in the 31st minute for Benetton Treviso and that remained the only points in the opening half of the game.

It took Scarlets 60 minutes to score the first point and it came from the boot of Angus O'Brien as the scores were levelled 3-3 before replacement Paul Asquith dotted down in the 69th minute and O'Brien improved to provide the Welsh regional side a seven point lead.

In the 74th minute, Scarlets lost Morgan Jones to red card for no-arms, high tackle but despite that Scarlets managed to hold on to their lead to complete a seven point victory.

This is Scarlets' first win from three games as they move to the third place in Conference B while Benetton are at the last after losing all their three matches.