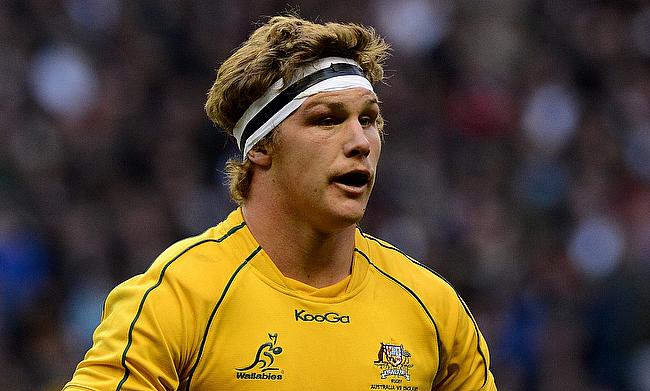 Michael Hooper scored the decisive try in the 67th minute as Australia overcame a red-card to Lukhan Salakaia-Loto to draw 16-16 against Argentina in the final round of the Rugby Championship at Bankwest Stadium.

The result means New Zealand clinch the tri-nations Rugby Championship tournament with 11 points while Australia and Argentina after their second successive draw in the tournament finish at third and second respectively after securing 8 points.

Argentina players were wearing number 10 on their sleeve to honour of Maradona, who passed away last week.

Australia kicked a penalty to touch early in the game to push for a try but Argentina with their stern defence kept them out. The pumas were impressive in defence but suffered a setback in the 15th minute as Marcos Kremer was sin-binned for a dangerous tackle on James O'Connor for using shoulder to the head.

Reece Hodge kicked a penalty goal to get the Wallabies off the mark but Nicolas Sanchez immediately responded with a three-pointer of his own to level the scores.

As the Pumas defence managed to hold Australia back despite a numerical disadvantage, it was the home side's turn to play with 14-men with Michael Hooper yellow-carded in the 28th minute. As Sanchez left the field for a head injury assessment, his replacement Domingo Miotti slotted a three-pointer.

The opening try of the game came in the 34th minute with Baustita Delguy shrugging off a tackle from Hunter Paisami to touchdown and Miotti improved before Hodge's penalty goal at the stroke of half-time ensured the teams finished the opening half with a 9-13 scoreline.

Hodge with another three-pointer in the 51st minute reduced the arrears to one point but the Wallabies were reduced to 14-men for the final quarter as Lukhan Salakaia-Loto was red-carded after striking Grondona to the head with the shoulder following a consultation with a TMO. Miotti with a penalty goal increased Argentina's lead to 9-16.

Australia were given a lifeline with Lucas Paulos yellow-carded in the 66th minute for collapsing a maul and Hooper with his 20th international try in the 67th minute redduced the gap down to two points that was closed down by Hodge's conversion.