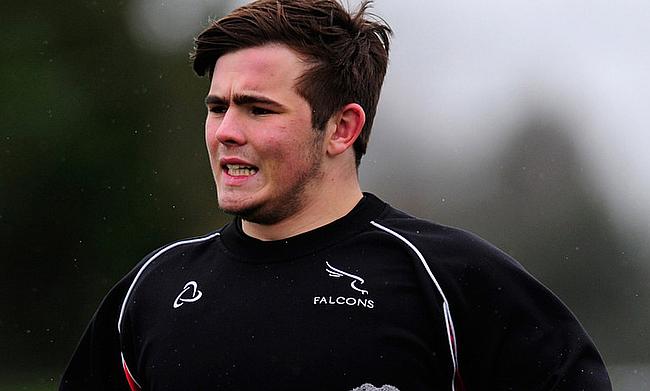 Newcastle Falcons held a stern resistance from Gloucester Rugby as they went on to register a 22-10 win in the sixth round of the Gallagher Premiership at Kingston Park Stadium.

This is Newcastle's fifth win from six games as they moved to the top of the table only to be pushed back down to second following Bristol Bears' win over Exeter Chiefs while Gloucester are languishing at the bottom following their fifth defeat in six matches.

With the temperature dropping to minus 10, the teams had to endure to tough conditions at Kingston Park but it was the Falcons, who got the better of opening exchanges as Adam Radwan dived in the corner beating Jonny May. Toby Flood missed the conversion though.

Lloyd Evans had a chance to get Gloucester off the mark but his 10th minute penalty goal went wide. The Falcons extended their lead further after centre Matias Orlando spotted a gap in the visitors' defence and raced past the try line. This time Flood improved as Newcastle took their lead to 12-0.

It was Jonny May, who gave Gloucester the breakthrough as he dived from close range in the 24th minute for his first try for the Cherry and Whites since his move from Leicester Tigers last summer.

Even though Dean Richard's men pressed on the attack, Gloucester held their defence firm and in the 45th minute Lewis Ludlow looked to score only to be stopped by Ben Stevenson. Nevertheless, Evans kicked a penalty kick seven minutes later to bring the deficit for the visitors down to two points.

Brett Connon had the chance to extend the lead for Newcastle but his penalty kick went wide in the 72nd minute but he made amends with a successful three-pointer in the 76th minute before replacement George McGuigan dotted down in the final minute to complete a 22-10 win.