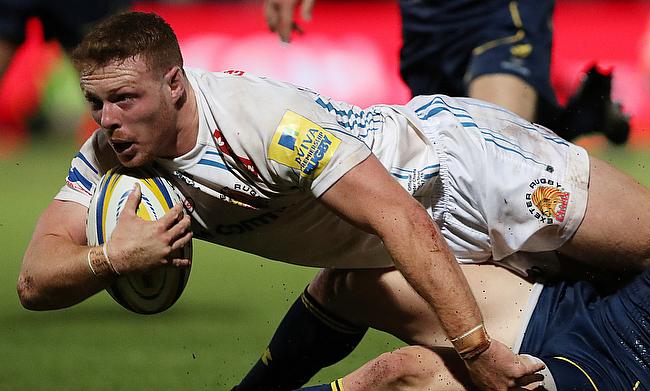 Exeter Chiefs maintained their unbeaten run in the ongoing Gallagher Premiership season as they defeated Gloucester Rugby 28-20 in the fourth round at Sandy Park.

The Chiefs now have 20 points from four games as they consolidate their position at top while Gloucester are at 11th after losing three out of the four matches.

Lloyd Evans missed a penalty kick in the 8th minute but three minutes later made amends with another three-pointer as Gloucester opened their account.

Around the 25th minute, Exeter were reduced to 14-men temporarily with Ian Whitten yellow-carded for a deliberate knock-on but despite the setback they got their first points with Jonny Gray powering his way through for the opening try and Joe Simmonds kicked the conversion.

The gap between the teams came down to one point with Evans' second penalty goal at the stroke of half time as the teams completed the opening half with 7-6 scoreline.

Rob Baxter's men dominated the opening exchanges of the second half after a chip kick from Joe Simmonds sent Ollie Devoto over in the 48th minute and Sam Simmonds followed the suit to provide the hosts with a 21-6 lead.

The visitors fought back after Mark Atkinson's offload sent Toby Venner over the line in the 63rd minute but his effort was negated by Sam Simmonds' second in the 71st minute taking the score to 28-13. A second from Venner with five minutes left gave Gloucester a glimmer of hope but they could not quite cross the line as Exeter completed an eight-point victory.