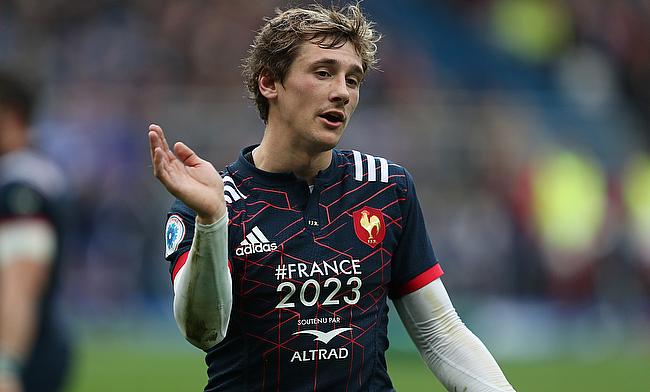 Baptiste Serin was one of the try-scorer for France
©PA

France came up with a five-try performance as they thumped Italy 34-5 in the third round of the Autumn Nations Cup at Stade de France on Saturday.

The Les Bleus entered the game making 13 changes but looked in no trouble as they sealed the top position in Group B which means they will face England in the final at Twickenham Stadium while Italy finish third.

The French team paid their respects to Christophe Dominici prior to kick off and as the game kick-started, a penalty goal from Matthieu Jalibert in the third minute started the proceedings for the hosts.

The opening try of the game came in the 25th minute when Carlo Canna burst through the defence of France to dot down but missed the conversion.

France responded just before the break after a pass from skipper Baptiste Serin allowed debutant Jonathan Danty to dot down that Jalibert improved as the opening half ended with a lead of 10-5 for the hosts.

Italy suffered a setback when Jacopo Trulla was sin-binned in the 53rd minute and France sealed the bonus point in the next 10 minutes with tries from Gabin Villiere (55'), Serin (61') and Teddy Thomas (63') to take their lead to 29-5.

Sekou Macalou making his first appearance for France in three years completed their fifth try in the closing stage with replacement Louis Carbonel adding the extras as they completed a comfortable 36-5 win.