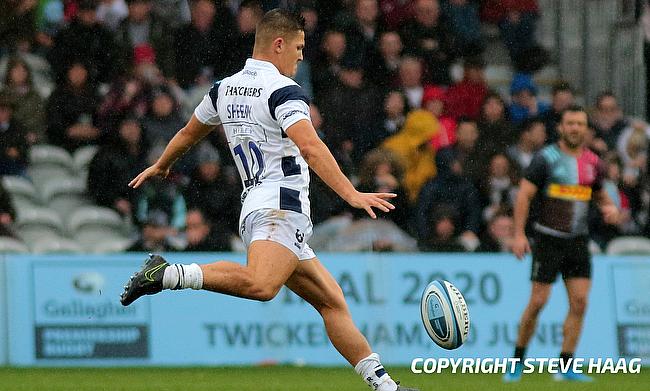 Ratu Naulago scored a hat-trick as Bristol Bears edged out 24-23 in the 12th round of the Gallagher Premiership at Sixways on Saturday.

This is ninth win for Bristol in 12 games as they consolidated their top position in the table while Worcester have slipped to the bottom following their ninth defeat.

The visitors dominated the opening exchanges when Callum Sheedy set up Naulago for the opening try of the game that came in the fifth minute. Naulago scored his second around the half-hour mark when Niyi Adeolokun breached the defence of the Warriors and eventually it was Sheedy once again with his kick set up the winger making the scoreline 10-0.

The Warriors opened their account in the 30th minute when Perry Humphreys collected a kick from Billy Searle, who replaced Chris Ashton to dot down and Jamie Shillcock improved it making it 10-7.

A long-range penalty kick from Searle helped Worcester level the scores but Pat Lam's men seized the lead back before the break when Andy Uren crossed the whitewash followed by Sheedy's conversion making it 10-17 at the end of the opening half.

Worcester claimed the control with their dominance early in the second when Francois Venter forced his way over the line in the 48th minute while Searle also kicked two penalties and a conversion making it 23-17.

As the game entered the final seven minutes, it was Sheedy once again, who was in action as he fed Naulago, who completed his hat-trick to reduce Bristol's arrears to one point following which the fly-half kicked a nerveless conversion to complete a thrilling one point victory.