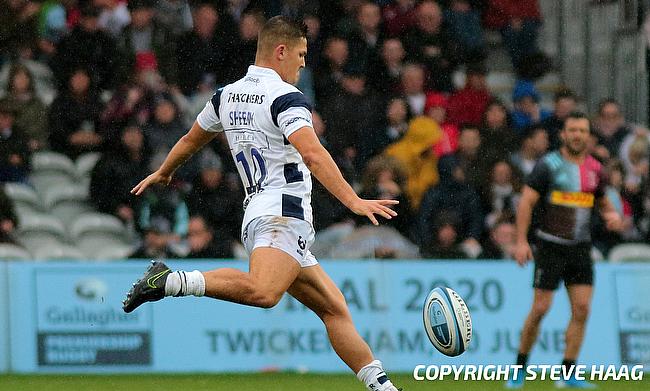 Worcester Warriors managed to hold off Bristol Bears as they sealed a thrilling 19-14 win in the latest round of the Gallagher Premiership at Sixways on Friday.

This is fourth win for the Warriors in 16 games as they are at 11th place in the table while Bristol Bears are at 10th position after losing their 10th match. This was also the first win for Worcester under Steve Diamond, who took charge in January.

Duhan van der Merwe gave a head start to Worcester as he touched down in the fourth minute after collecting a kick from Jamie Shillock and Ashley Beck followed the suit as he dived from close range in the corner in the 18th minute. Fin Smith kicked both the conversions as the home side raced to a 14-0 lead.

The response from Bristol came in the 25th minute as skipper Steven Luatua burrowed over at the back of an attacking line out and Callum Sheedy kicked the extras.

The scores were levelled around the half hour mark when Max Lahiff dotted down after picking the ball from a five metre line and Sheedy was once again spot on with the conversion as the teams finished the opening half with a 14-14 scoreline.

The home side were the quickest to get off the block in the second half as Sione Vailanu surged through Bristol's defence and brushed away tackles from Sheedy and Ioan Lloyd to score but Smith's conversion went wide as the scoreline became 19-14.

Bristol had a tough phase as they lost Luatua and Piers O’Conor to injuries in the third quarter while Jack Bates was sin-binned in the 59th minute for a deliberate knock on.

Even though Bristol tried to exert late pressure as they looked desperate but stern defence from Worcester ensured they secured a thrilling five point victory.

Bristol Bears and Worcester Warriors will have home games Wasps and Harlequins respectively with both the matches scheduled on 25th February.