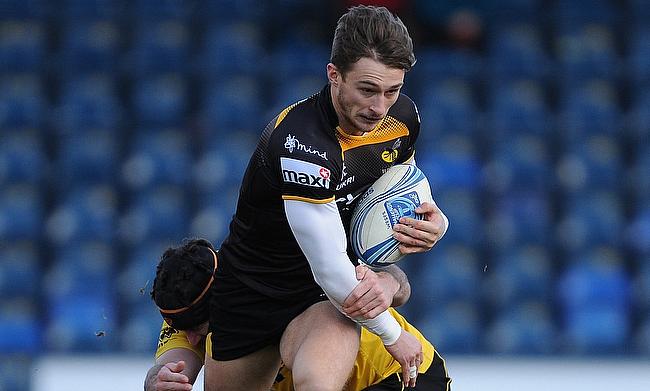 Josh Bassett was one of the try-scorer for Wasps
©PA

Wasps came up with a six-try performance as they trounced Worcester Warriors 41-12 in the latest round of the Gallagher Premiership at Coventry Building Society Arena.

The result meant Wasps now move to the 8th place in the table with 57 points while Worcester Warriors are at 12th place with 30 points.

The home side got off to a flying start with Tom West drove over for the opening try in the third minute and Jimmy Gopperth followed with the conversion to make it 7-0 but they were down to 14 players temporarily with Zach Kibirige sin-binned in the 10th minute.

Billy Searle had a chance to get the opening points of Worcester but his penalty kick in the 24th minute went wide and instead it was Wasps who extended their lead with a penalty from Gopperth in the 28th minute.

Wasps extended their lead further in the 31st minute with Josh Bassett powering his way through but Gopperth's conversion went wide as they finished the opening half with a 15-0 lead.

The Warriors finally opened their account as Harri Doel dived over after a period of sustained pressure and Billy Searle kicked the conversion to bring the gap down to eight points. Nevertheless, tries for Oghre and Stooke stretched Wasps clear as they claimed the bonus point making it 29-7.

Even though, Ted Hill helped the Warriors get their second try, further touchdowns from Oghre and Tom Willis in the final three minutes ensured there was no slip up for Wasps, who completed a 29-point victory.