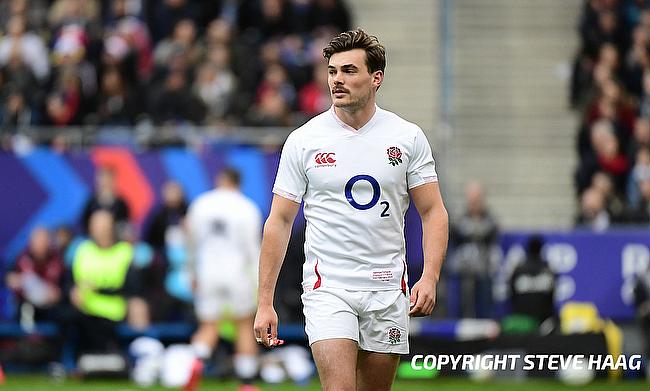 Northampton scored five second half tries as they came from behind to edge out Bath Rugby 36-31 in the latest round of the Gallagher Premiership at Recreation Ground on Saturday.

The result meant Northampton have moved to the fourth place in the table with 63 points while Bath's dismal campaign continues as they slipped to their 16th defeat in 21 games.

The Saints thought they scored early but Ollie Sleightholme's pass to Alex Mitchell was deemed forward and they came close again in the 11th minute as Alex Waller won a scrum penalty which George Furbank sent into the 22 following which Mitchell found Lewis Ludlam but as the flanker neared the line he could not send an offload for Juarno Augustus.

They eventually got the breakthrough in the 16th minute when Matt Proctor sneaked past the gap at the back of a scrum penalty they won which led to the opening try and George Furbank kicked the conversion.

Bath responded back in the 22nd minute as Max Clark collected a chip from Jonathan Joseph to touchdown and Danny Cipriani kicked the conversion to level the scores. Furbank had an opportunity to put Northampton in front but his penalty kick in the 25th minute went wide.

As the half-hour was approaching, Will Muir dived in the corner and Cipriani followed with the conversion and a penalty goal to ensure the hosts went into the break with a 17-7 lead.

Northampton started the second half with better intent Augustus went past a couple of defenders to score but Bath seemed in control as Spencer dived over twice in the 55th and 57th minutes to extend their lead to 31-12.

The game entered the final quarter as Api Ratuniyarawa left the field with an injury but Northampton clawed their way back into the game with tries from Mitchell and Tommy Freeman as the gap came down to seven points with 12 minutes left in the game.

The game changed on its head in the 75th minute as Bath brought down a maul illegally and referee Pearce awarded a penalty try while sending Jaco Coetzee also to sin-bin leaving the home side down to 13 players as Josh Bayliss had also gone off injured with all replacements used off the hosts’ bench.

With Bath down to 13 players, Northampton seized the opportunity and got their sixth try of the game through Mike Haywood as they sealed a thrilling win to keep their hope of finishing in top four alive.