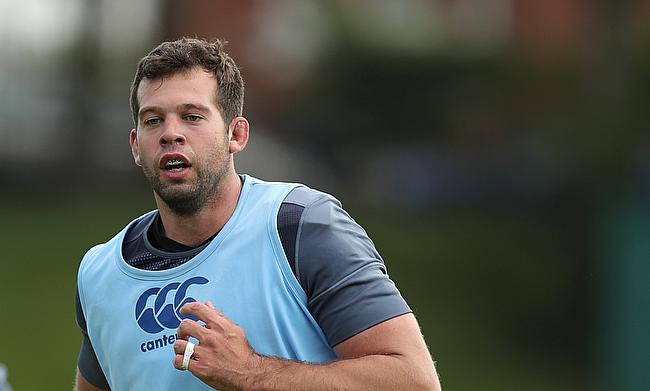 Josh Beaumont scored the decisive try in the 78th minute and Robert du Preez followed with the conversion as Sale Sharks sealed a thrilling 20-19 win over Wasps in the 15th round of the Gallagher Premiership at Ricoh Arena.

This is Sale Sharks' 10th win from 15 games as they climb to the third place with 46 points while Wasps are at ninth place with 31 points.

After the opening 10 minutes went without a point, Sale kick-started the proceedings after Akker van der Merwe went over at the back of an attacking line out and du Preez kicked the conversion to take them to a seven-point lead.

The home side responded almost immediately when Malakai Fekitoa dotted down. TMO was consulted for a forward pass in the build up but the decision went in Wasps' favour and Jimmy Gopperth kicked the extras making it 7-7.

The teams were hardly separated in the opening 30 minutes as Gopperth and du Preez exchanged penalties leaving the scoreline 10-10. A high tackle from Fekitoa saw the visitors awarded a penalty that they kicked to the corner but they could not get the result they wanted as Wasps lost Theo Vukašinovic to injury.

Persistent pressure from the visitors saw them earn another penalty but this time du Preez slotted it perfectly as they went into the break with a slender three-point lead.

Sale Sharks indiscipline in the second half almost costed them the game as they saw four players sin-binned. First it was Luke James, who went off for 10 minutes for a tackle on Josh Bassett in the 48th minute as Gopperth slotted a penalty goal to level the scores.

The 54th minute saw Akker van der Merwe was sin binned for a high tackle on Michael Le Bourgeois and six minutes later it was the turn of Byron McGuigan, who was yellow carded for a deliberate knock on. Gopperth with his third penalty goal made the scoreline 16-13.

AJ MacGinty was the fourth player to be sin-binned for deliberately knocking the ball on Gopperth with another three-pointer made it 19-13. Just as Wasps thought they had the game in control, they lost Gabriel Oghre to yellow card in the 77th minute for hauling down a maul providing an opportunity for Sale Sharks which Beaumont sealed with a dive from short-range line-out and du Preez held this nerve in kicking the conversion to take them home.