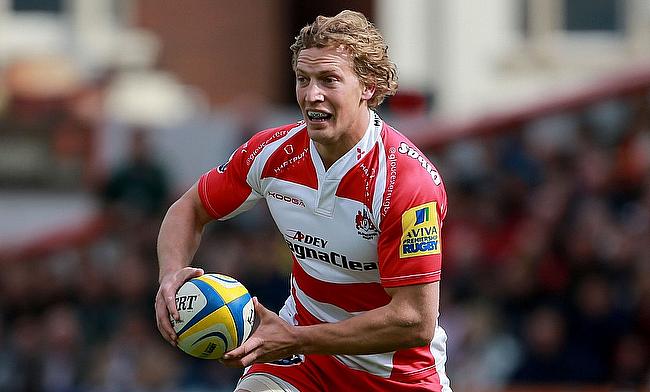 Henry Walker scored a double as Gloucester Rugby overpowered defending champions Exeter Chiefs with a 34-18 bonus point victory in the 15th round of the Gallagher Premiership at Kingsholm.

This is Gloucester's fourth win from 15 games as they remain at 11th place while Exeter retain their second position despite the defeat with 49 points.

Rob Baxter handed four players their first Premiership starts while resting many of his key players with the round-of-16 Champions Cup scheduled next weekend while Gloucester had Jonny May and Louis Rees-Zammit returning from Six Nations duty.

It took the home side just four minutes to get their opening points on the board as Walker went over at the back of the maul and George Barton kicked the conversion. May also looked impressive throughout the game and came close to scoring two times but the TMO ruled it out on both the occasions.

The response from Exeter came when Josh Hodge scored a brilliant individual try running 60m brushing away a tackle from Santiago Carrreras. Harvey skinner missed the conversion but kicked a penalty goal few minutes later to take the visitors to a 7-8 lead.

Gloucester lost centre Billy Twelvetrees to sin-bin for a high tackle on Hodge in the 16th minute and immediately Exeter made use of the numerical advantage with Don Armand dotting down and skinner improving making the scoreline 7-15.

Nevertheless, Walker kept the home side in the hunt as he scored his second - very similar to the first try - at the back of a powerfully driven maul and with Barton improving the teams finished the opening half with a 14-15 scoreline.

Gloucester were the quickest to get off the block in the second half with Charlie Chapman diving from close range in the 52nd minute and Barton gave the home side comfort with a conversion followed by a three-pointer making it 24-15.

As the final 10 minutes kicked-off, Skinner, who missed two shots at the goal, managed to slot a three-pointer in the 71st minute making it 24-18 but any chance of them going past Gloucester was put off with sin-bins to Alfie Petch and Tom Price in the final five minutes with the second also resulting in the penalty try for the Cherry and Whites as they sealed a bonus point victory.