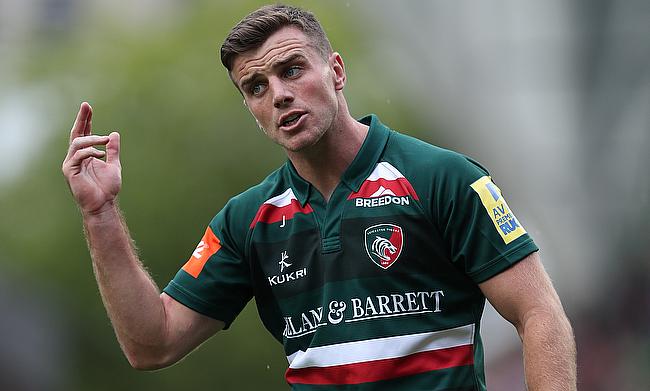 Leicester Tigers maintained their perfect start in the ongoing Gallagher Premiership season as they defeated Bath Rugby 40-23 in the 8th round at Mattioli Woods Welford Road Stadium on Friday.

This is eighth win for the Tigers in as many games as they consolidated the top position with 37 points while Bath are languishing at the bottom after losing all their seven matches.

George Ford, who was overlooked by Eddie Jones for the Autumn Series contributed 25 points in the game taking his past 100 points in the season. It was the England international, who started the proceedings with an early third minute penalty goal.

Bath responded back strongly in the 7th minute with a combination of Danny Cipriani and Tom Dunn allowed Max Clark to touchdown and Cipriani followed with the conversion making it 3-7. However, their momentum was dented as Will Muir was sent to sin-bin for a deliberate knock on in the 10th minute.

With the numerical advantage on their side, Leicester seized the lead with Nic Dolly diving over at the back of a powerful maul and Ford improved it making it 10-7. With Cipriani and Ford trading penalties the gap between the sides remained at three points.

Leicester extended their lead further with Matt Scott making a return after released from the Scotland camp dot down following a break from Dan Kelly and Ford kicked the extras. However, two minutes later Cipriani kicked his second penalty goal making the scoreline 20-13.

At the stroke of half-time, Leicester lost Cyle Brink to yellow card for not rolling away and Bath thought they got their second try through Josh Mcnally but was ruled out by the TMO as the teams went into the break with a 20-13 scoreline.

Ford extended Leicester's lead early in the second half with a three-pointer but in the 52nd minute Mcnally dived from close range and Cipriani improved making it 23-20. Ford sent a reminder to England coach Eddie Jones with a converted try in the 57th minute after collecting a pass from Richard Wigglesworth.

Even though Cipriani's penalty goal reduced the arrears to seven points, Leicester ensured there was no slip up in the closing stage with Tom Cowan-Dickie's try ensuring a bonus point for the Tigers. Ford kicked a penalty and a conversion on either side as Leicester went on to complete a 40-23 win.