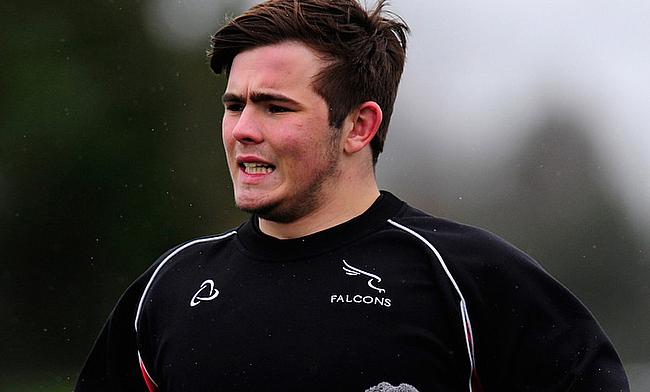 Brett Connon kicked a decisive penalty goal in the 73rd minute as Newcastle Falcons edged out Exeter Chiefs 15-14 in a closely fought 8th round Gallagher Premiership encounter at Sandy Park.

This was also Newcastle's first victory at Sandy Park in the last 14 games while Exeter now have lost their third game at home in four matches this season.

Both the teams now have four wins as Exeter is at fourth place with 20 points from eight matches while the Falcons are at seventh position after securing 17 points from seven games.

The visitors dominated the early exchanges as George McGuigan forced his way over the line following a line out and Joel Hodgson on his 150th appearance for the club kicked the conversion to make it 0-7.

As both the teams looked desperate for points, much to the delight of the home crowd, Ollie Devoto provided a perfect offload for Joe Simmonds to dot down at the stroke of half-time and he also followed with the conversion as the teams were unseparated with a scoreline of 7-7 at the end of the opening half.

The spotlight was once again on Joe Simmonds as he set up a a brilliant 50/22 kick setting up in position for Don Armand to pick up and touchdown in the 50th minute. Simmonds also slotted the extras to perfection as Exeter raced to a 14-7 lead for the first time in the game.

Exeter went on to concede 16 penalties in the game and Hodgson, who had a tough game missed a three-pointer in the 67th minute but his replacement Brett Connon, who came off the bench in the 70th minute straightaway made an impact made no mistake with his kick in the 73rd minute to steer Dean Richards' men to a thrilling win.