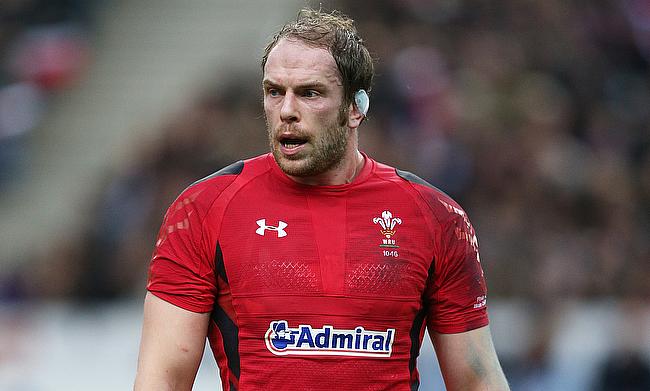 Wales have been boosted by the return of Alun Wyn Jones as head coach Wayne Pivac has confirmed the matchday squad for the final round Six Nations game against Italy.

Jones will make his first appearance for Wales since October when he sustained a shoulder injury against New Zealand and now will go on to play his 150th game for Wales apart from another 12 matches for the British and Irish Lions.

He will return to second row partnering with Adam Beard as Will Rowlands dropping to the bench. Nevertheless, Jones will not regain the captaincy as Dan Biggar will continue to lead the side on what will be his 100th Test appearance for Wales.

In other changes, Johnny McNicholl starts at fullback with Louis Rees-Zammit making a return to right wing at the expense of Alex Cuthbert. Owen Watkin retains his place at outside with Uilisi Halaholo returning at midfield along with Gareth Davies at scrum half.

The back row sees no changes while in a new look front row Dillon Lewis and Dewi Lake joining Gareth Thomas.

“Dan and Al are huge players for Wales and have been for many years now," said Pivac, who was showering his praises on Biggar and Jones.

“We’ve said with other players reaching 100 appearances what an achievement that is and for Dan I know he’s been looking forward to this moment for a long time.

“For him to achieve it with Al, who is also getting the milestone of 150 caps – which no other player has ever done – I think it’s fitting for those two to share the day.

“They’ve played a lot of rugby together and have a healthy respect for each other. They’ve given so much for the game in Wales.”

Wales are at fifth position in the Six Nations table after managing to win a solitary game from four matches.