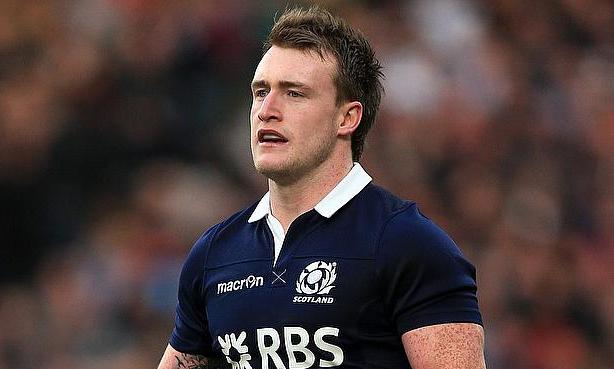 David Cherry and Duhan van der Merwe scored doubles as Scotland came up with an eight-try performance to trounce Italy 52-10 in the latest round of Six Nations at Murrayfield Stadium.

The win has taken Scotland to the third place in the table with Ireland moving to second following their win over England while Italy continue to be at bottom as their losing streak in the competition continued. Scotland will now face France in their rescheduled final game of the competition on 26th March.

Italy's last win in the Six Nations came way back in 2015 against Scotland at the same venue and it looked like they got some inspiration from it as they scored the opening try inside five minutes as Luca Bigi dived over following weak defence from Scotland at maul. It was also his first try for his country in 37 matches. Paolo Garbisi kicked the conversion as the visitors took a 0-7 lead.

Scotland's response almost came immediately as David Cherry dived from close range following a second line out. Stuart Hogg, who took the kicking responsibility missed the conversion but made amends three minutes later when he slotted the extras following van der Merwe's try that came after Hogg, Sam Johnson and Hamish Watson did well in the build up.

Garbisi with a penalty kick in the 17th minute helped Italy reduce arrears but their momentum took a beating as they lost Federico Mori to yellow card for a dangerous tackle on Johnson and the Dark Blues immediately capitalised on the numerical advantage as Sean Maitland burst into the 22m line before allowing Darcy Graham to dot down making the scoreline 17-10.

The bonus point for Scotland came inside the half-hour mark as Huw Jones making his first start more than a year made most of the offload from Van der Merwe to go over the line and minutes later Italy lost Marco Riccioni to injury as the opening half ended with a 24-10 lead for Gregor Townsend's men.

Scotland extended their momentum into the second half as Cherry dived from close range at the back of a maul for his second try of the game and Italy were reduced to 14-men again with this time Negri sin-binned for a deliberate knock on with this Scott Steele scoring his first try for Scotland that was improved by Hogg to make it 38-10.

Indiscipline continued to hamper Franco Smith's side as they lost their third player to sin-bin with this Monty Ioane leaving the field for 10 minutes for a dangerous tackle on Hogg. With no fight from Italy, Scotland went on to score two more tries through Johnson (65') and van der Merwe (71') with Hogg converting both to claim their biggest winning margin in Six Nations history.