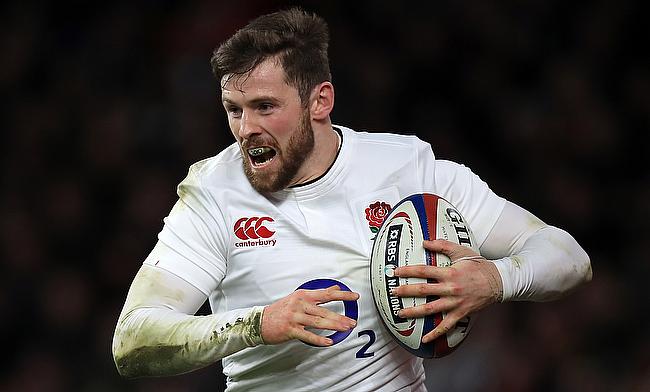 Saracens have secured their place in the Gallagher Premiership play-off as they defeated Exeter Chiefs 38-22 in their latest clash at StoneX Stadium on Sunday.

The result meant Saracens have 77 points - just four behind top placed Leicester Tigers while Exeter Chiefs are at fifth place with 62 points.

Exeter opened their account in the fifth minute as Henry Slade kicked a penalty goal after Saracens were caught offside before the scores were levelled in the 9th minute as Owen Farrell kicked a three-pointer of his own.

The opening try of the game came in the 13th minute as Elliot Daly raced through a huge gap and dived over from just outside the 22 and Farrell landed the conversion to make it 10-3.

The visitors responded back strongly with Slade sending a perfect offload for Sam Skinner to dot down. Slade missed out on the conversion but made amends in their second try that came Olly Woodburn, who burst past the Exeter defence to crossover.

As the break was nearing, Slade missed a penalty kick but Exeter still had a lead of 10-15 at the end of the opening half.

Saracens were the quickest to get off the block in the second half with Farrell slotting a penalty goal in the 43rd minute and two minutes later Sean Maitland powered his way through as the scoreline became 20-15.

The 50th minute mark saw Farrell slot a 40m penalty kick before Nick Tompkins forced his way through in the corner at the back of a rolling maul to make it 28-15. Farrell missed the conversion but made amends with a penalty kick in the 63rd minute to extend their lead to 16 points.

The bonus point came in the 69th minute when Ben Earl used his pace to stun Exeter defence to score and even though Stu Townsend scored in the closing stage for Exeter it wasn't enough as Mark McCall's men completed a 16-point victory.