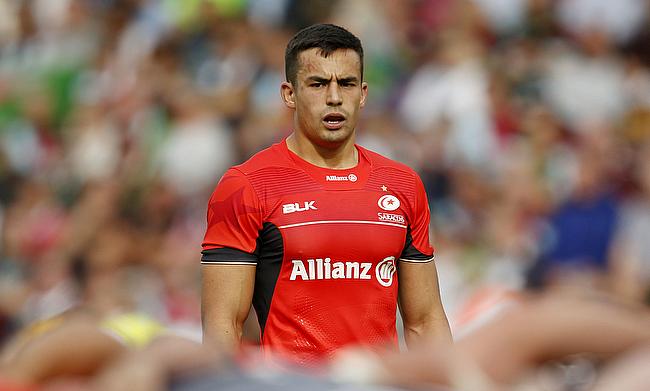 Saracens have returned back to winning ways as they defeated Sale Sharks 25-14 in the latest round of the Gallagher Premiership at Stonex Stadium on Sunday.

This is sixth win for Saracens in eight games as they climbed to the second place in the table while Sale Sharks are at 10th place.

Sale started the proceedings early after they earned a scrum penalty which Alex Lozowski kicked to perfection to make it 3-0 and they further extended the lead with Vincent Koch finishing over at the back of a line out. Lozowski landed the conversion to perfection as Saracens raced to a 10-0 lead.

AJ MacGinty had a chance to get the opening points for Sale Sharks but missed out on a penalty chance around the half-hour mark but Lozowski ensured there was no mistake when he landed a three-pointer at the stroke of half-time to ensure the home side ended the opening half with a 13-0 lead.

Sale were down to 14 players early in the second half as Byron McGuigan was sent-off for taking out Nick Tompkins off the ball and the hosts immediately made use of the numerical advantage with Billy Vunipola moving swift and sent a looping pass for Sean Maitland to dot down making it 18-0 with 30 minutes left in the match.

Alex Sanderson's men finally showed resilience with Ben Curry took a quick tap which saw him crash from five metres out in the 62nd minute but his effort was negated with Max Malins showing great skills to dot down as the scoreline became 25-7.

Even though Raffi Quirke completed Sale's second try in the 73rd minute, Saracens went on to win the encounter with a 11-point margin to register their sixth victory of the season.