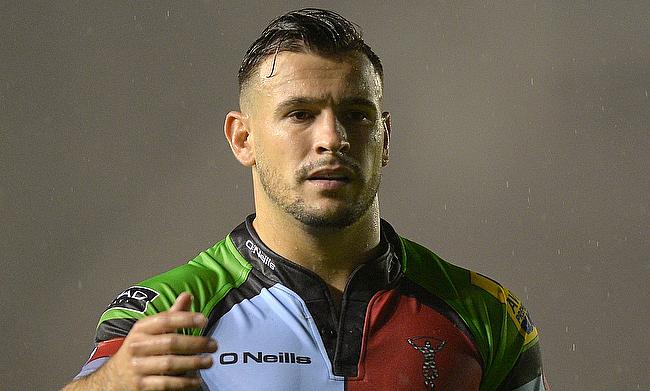 Danny Care will start at scrum-half for Harlequins
©PA

Danny Care will be leading Harlequins as they line up to face Saracens in the seventh round of the Gallagher Premiership clash against Saracens scheduled to be played at Twickenham Stoop on Sunday.

Care will start at scrum-half with Tommy Allan taking the kicking responsibility as Marcus Smith linked up with the England squad. The midfield sees a change with Luke Northmore at mid field replacing Joe Marchant, who is also amongst the England call ups.

Argentina international Santiago Garcia Botta will start at front row replacing prop Joe Marler while Jack Kenningham is part of the back row that also has Tom Lawday and James Chisholm.

“We’ve got a fascinating contest this weekend against a good side we haven’t seen for a year and a big rivalry for us which is great as well. I’m sure it will be a cracker," said Attack and Backs coach Nick Evans.

“We had that chat this week about where we are and where we can go. We are really pleased with the way we are creating opportunities, but as a group we can be more composed and sharpen our conversion rate to those opportunities we are creating. Against a team like Saracens, we are probably only going to get two or three opportunities and we have to nail them.

“We’ve worked really hard in the early part of this week to talk about it and find ways to create opportunities for us to suit the way we play. It will be fascinating to see how that works."

Harlequins are positioned second in the Gallagher Premiership table with four wins from five matches.