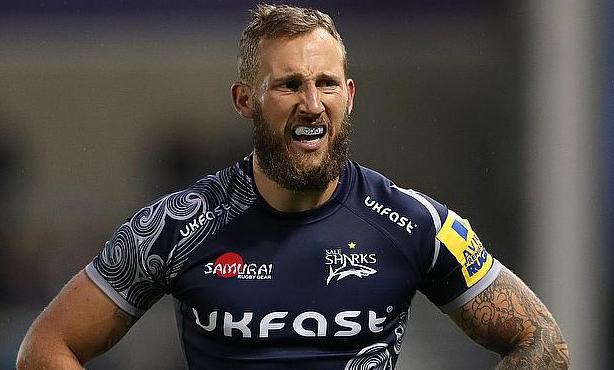 Sale Sharks now are at fourth place in the table with 42 points - six more than fifth placed Northampton - while London Irish are at sixth place with 35 points.

London Irish started the game with a setback as they lost Theo Brophy Clews to sin-bin early in the fifth minute for tackling without the ball and immediately Sale Sharks punished them as Simon Hammersley dived from close range for the opening try and Robert du Preez kicked the conversion.

Despite their numerical disadvantage, the visitors reduced the gap down to four points with a swift penalty kick from Paddy Jackson in the 12th minute. A knock-on from Albert Tuisue hampered the momentum of London Irish as Sale Sharks looked dangerous as they came close to score a couple of tries from McGuigan and Lood de Jager, only to be turned down by TMO for a knock-on.

However, it was a matter of time before Sale got their breakthrough around the half-hour mark when de Jager crashed over at the back of a rolling maul and minutes later it was the turn of McGuigan, who grabbed a kick beating the Irish defenders to dot down. With Du Preez kicking one of the two conversions, the home side went into the break with a 19-3 lead.

Jackson with an early penalty in the second half took the Exiles' tally to six points and a minute later Sale were reduced to 14-men temporarily with Coenie Oosthuizen sin binned for a no arms tackle but despite the setback, the hosts went on to claim the lead by the 49th minute with this time Arron Reed capitalised on the loose ball to cross the whitewash with du Preez improving to make it 26-6.

As Sale returned back to full strength, McGuigan scored his second in the 64th minute grabbing a pass from the midfield before London Irish showed a fightback through Ben Donnell's try in the 71st minute to take the scoreline 31-13 which became 34-13 when Aj MacGinty kicked a three-pointer in the 74th minute.

London Irish was given a glimmer of hope as Sale lost Ross Harrison and Red to sin-bins in the 75th and 77th minutes respectively but they could not quite use the advantage and instead McGuigan went on to complete his hat-trick to take the home side to convincing 41-13 victory.