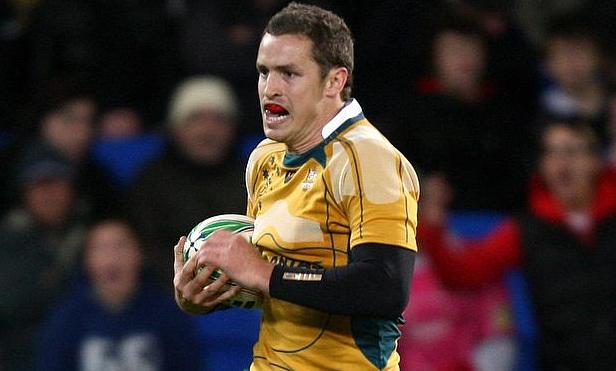 Luke Morahan was one of Bristol's try scorer
©PA

Bristol Bears have consolidated their position at the top as they managed to hold off Northampton Saints with a 28-21 win in the 14th round of the Gallagher Premiership at Franklin's Gardens on Sunday.

The Saints looked in control to register their eighth win in the competition as they had a 21-14 lead but tries from Luke Morahan and Andy Uren in the final five minutes helped Bristol make a stunning comeback as they now have extended their lead over second positioned Exeter to seven points. Northampton continued to remain at fifth 36 points.

Both the teams were desperate to get the first points on the board but the opening quarter went scoreless before the deadlock came to an end in the 26th minute when an inside pass from Alapati Leiua led Henry Purdy over the line and few minutes later it was the turn of Ratu Naulago to dive from close range following a line-out drive. Tiff Eden kicked both the conversions as the visitors got off to a 14-point lead.

As the break was approaching, Northampton got on board after flanker Nick Isiekwe made most off the pass from James Grayson to dot down and the fly-half improved it as the teams finished the opening half with a 7-14 scoreline.

Northampton had the momentum heading into the second half as Grayson kicked back to back penalties to narrow down the gap to one point and soon the hosts took the lead for the first time in the game with George Furbank going over after chasing Tommy Freeman's kick.

Grayson missed the conversion added his third penalty goal in the 60th minute to put Northampton into a 21-14 lead before his attempt of fourth three-pointer drifted wide. Pat Lam's side needed a big push in the final five minutes and it came in the 75th minute when Uren's pass found Morahan, who touched down. Sam Bedlow's conversion drew the scores level at 21-21.

With the momentum on their side, Bristol stepped up the ante with this time Uren going over the line after gathering Harding's perfect pass and with Bedlow improving the home side completed a thrilling bonus point victory that saw them consolidate their position at top.