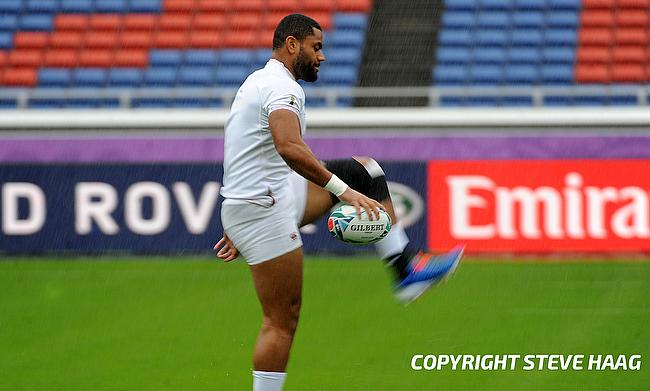 Joe Cokanasiga scored a double as Bath Rugby ended their losing streak with a 30-25 win in the latest round of the Gallagher Premiership at Kingston Park on Saturday.

This is third win for Bath Rugby in 17 games as they languish at the bottom of the table with 20 points while Newcastle have slipped to 11th place with 26 points.

George McGuigan started the proceedings for Bath with an early fourth minute try that came following a driving maul but Will Haydon-Wood missed out on the conversion. Bath responded back with Danny Cipriani slotting a penalty goal in the 12th minute but Haydon-Wood restored the lead for the Falcons with a three-pointer of his own in the 16th minute.

The scores were levelled in the 21st minute as Ewan Richards collected a looping pass to score his first try for the club but Cipriani's missed conversion meant the scores were equal at 8-8 until the 28th minute when Newcastle co-captain Connor Collett dived from close range. Haydon-Wood kicked the conversion to make it 15-8.

With the break approaching, Haydon-Wood and Cipriani traded penalty goals as the teams completed the opening half with a 18-11 scoreline.

The scores were levelled once again in the 50th minute as Lewis Boyce muscled his way over the line and Cipriani improved it but their momentum took a beating as Nathan Hughes was sin-binned in the 57th minute for a high tackle.

Newcastle pressed on the advantage as second row Greg Peterson dotted down at the back of a line out but despite being down by a player, Bath fought back through Cokanasiga, who made his first appearance in the 2021/22 season sprinted in the corner and in the 76th minute the England winger crossed again to finish off a sweeping move as Stuart Hooper's men went on to complete a five-point victory.

Newcastle Falcons will be taking on Harlequins in the 19th round on 4th March at Twickenham Stoop while Bath Rugby will host Bristol Bears at Recreation Ground on 5th March.