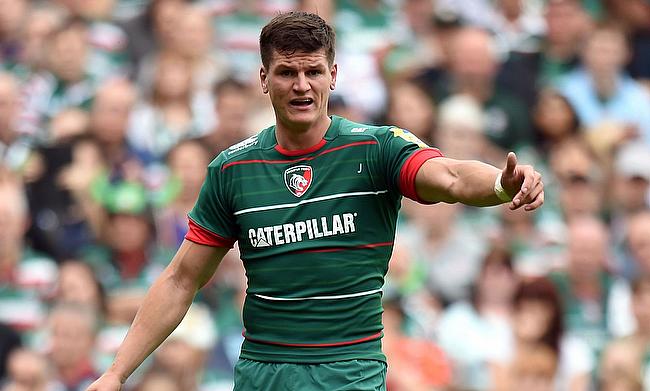 Leicester Tigers stretched their winning streak to four games as they went on to beat Gloucester Rugby 35-23 in the 18th round of the Gallagher Premiership at Mattioli Woods Welford Stadium on Saturday.

This is 15th win for Leicester Tigers from 17 games as they consolidated their position at the top with 70 points while Gloucester are at fifth position.

Adam Hastings missed an early chance at penalty goal in the third minutes but made amends two minutes later with another three-pointer to get the visitors off the mark.

The Tigers looked threatening but were stopped close to the line twice but eventually they got the breakthrough as scrum-half Jake van Poortvliet ghosted through the gap to dive over the line in the 14th minute and Hastings followed with the conversion making it 7-3.

The gap between the two teams came down to one after Gloucester won a scrum penalty that Hastings kicked to perfection in the 17th minute and it remained the same around the half-hour mark as Jasper Wiese and Ollie Thorley traded tries.

With the break approaching, it was once again Hastings, who slotted his third successful kick as the Cherry and Whites went into the break with a lead of 14-16.

Leicester started the second half in the same fashion as first as they turned down a penalty goal and from a set-piece Jasper Wiese breached the defence of Gloucester and eventually allowed Hanro Liebenberg to go over the line and Burns followed with a conversion and a penalty goal making it 24-16.

Gloucester's chances was hampered as they lost Alex Craig to sin-bin after a tackle on Liebenberg and Burns responded with a penalty kick making it 27-16. With the numerical advantage on their side, Leicester claimed the bonus point with Guy Porter finishing in the left corner making it 32-16.

A combination of Lewis Ludlow and Freddie Clarke allowed Harry Elrington to dot down in the 74th minute but it was Burns who had the last successful kick with a penalty goal in the 76th minute as Leicester went on to complete a 35-23 win.