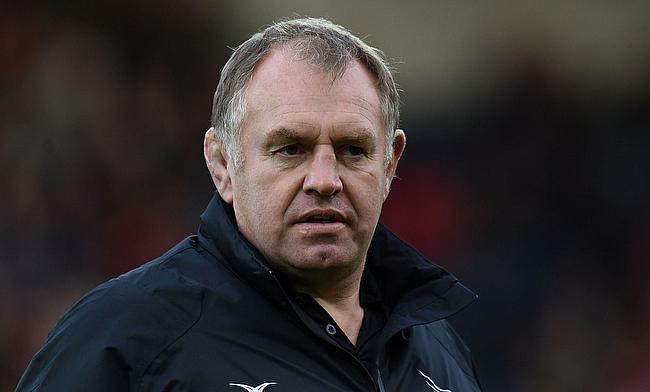 Brett Connon kicked the decisive penalty goal in the end as Newcastle Falcons edged out Harlequins in the 11th round of Gallagher Premiership at Kingston Park.

This was the first game for the Falcons after their last two was called off due to a Covid-19 outbreak while Callum Chick made his first start after recovering from a knee injury that he sustained during the pre-season.

Newcastle are now at the sixth place in the table with 29 points while Harlequins are at third despite the defeat.

Chick made an impact straightaway as he collected an offload from Sean Robinson to crash in the left corner in the 13th minute and Connon kicked the extras to take the Falcons to a 7-0 lead.

Dean Richard's men doubled their tally around the half-hour mark when they kicked a penalty to the corner and from the resulting ruck, Logovi'i Mulipola dived from close range and once again Connon got the conversion right making it 14-0.

The Quins response came immediately when Stephan Lewis dotted down for the visitors and Marcus Smith improved it to cut down the arrears to seven points in the opening half.

Newcastle extended their lead further in the 48th minute when an attacking move from Adam Radwan from a ruck saw him cross the whitewash and was cleared of any discrepancies following a TMO consultation.

The scores though were levelled by the start of the final quarter as Harlequins scored back to back tries from Tyrone Green in a span of seven minutes. First Green gathered a short ball from a line out to go over the line in the 56th minute and in the 63rd minute the Falcons winger sped past the defence of Newcastle Falcons to score again.

Smith added the extras on the first occasion but missed on the second as the scores became levelled at 19-19. Connon with a simple penalty from the front put Falcons three-point ahead before Smith with a three-pointer of his own in the 75th minute once again made it level at 22-22.

As the clock was ticking, Harlequins lost Simon Kerrod to sin-bin in the 77th minute and Connon kicked a nerveless penalty goal to provide relief to Newcastle Falcons as they sealed a thrilling three point victory.