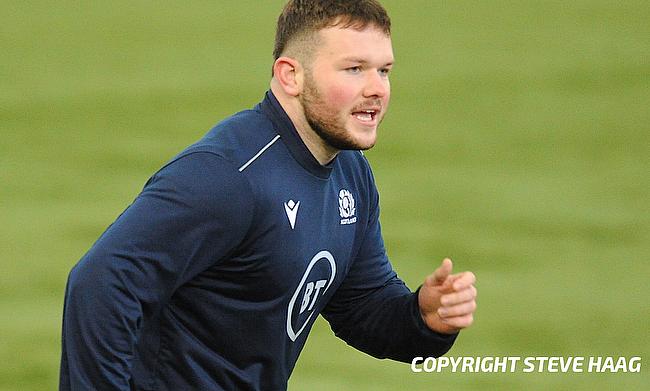 Tom Roebuck and Rob du Preez scored two tries each as Sale Sharks defeated Harlequins 36-14 in the 15th round of the Gallagher Premiership at Twickenham Stoop on Sunday.

This is sixth win for Sale Sharks in 14 games as sit in ninth place in the table while Harlequins remain in the top 4 despite the defeat.

AJ MacGinty missed an early opportunity as his penalty kick in the fifth minute sailed wide but made amends four minutes later as he slotted a three-pointer in front of the posts.

Capitalising on the ill-discipline from the Quins, Sale extended their lead further as the Sharks worked the ball right for Tom Roebuck to score in the 15th minute, six minutes later completing his second of the game. MacGinty kicked both the conversions as the visitors had a 0-17 lead by the 22nd minute.

The third try for the Sale came around the half-hour mark with Raffi Quirke offloading to Ewan Ashman as he powered his way over, but MacGinty had a rare miss as Sale reamained at 22 unanswered points.

With the break approaching, Harlequins finally got their opening points when second row Hugh Tizard burrowed over and Tommaso Allan kicked the conversion heading  into the second half 7-22 to the home side.

Quins could not extend the lead into the second half and instead Sale went on to claim the bonus point as outside centre Du Preez dotted down with MacGinty following up with the extras extending their lead once again to 22 points.

Sale Sharks went on to complete a much-needed bonus point victory, that was capped off by Du Preez's second which came after collecting a neat little chip from fellow South African Faf de Klerk, leaving the final score 14-36