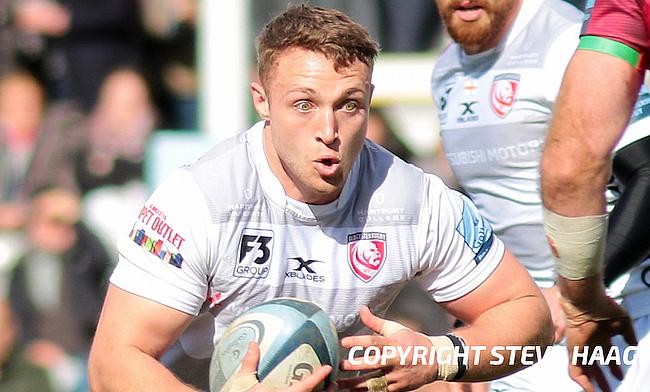 Ruan Ackermann scored a double as Gloucester Rugby went on to beat London Irish 24-7 in the latest round of the Gallagher Premiership at Kingsholm on Friday.

This is ninth win for Gloucester in 14 games as they have taken their tally to 47 points and are now at second place in the table while London Irish are at sixth place with 35 points.

London Irish dominated the opening exchanges as they exerted pressure on Gloucester, who conceded a number of penalties but could not quite convert it into points.

Irish then gave away a penalty and Gloucester raced into the 10m line as Ackermann crashed over at the back of a line out to score the opening try in the 14th minute and Lloyd Evans kicked the conversion which remained the only points of the opening half.

The Gloucester pack responded putting London Irish under pressure but the visitors defence held them well. With both the teams guilty of infringements, referee Karl Dickson awarded 15 penalties in the opening half which came to a conclusion with Gloucester having a 7-0 lead.

The Cherry and White doubled their tally with some excellent passing allowed Ollie Thorley to dot down in the 47th minute and Evans kicked the conversion to make it 14-0.

The first response from the Exiles came in the 53rd minute when Nick Phipps spotted a gap and offloaded for Olly Cracknell to touchdown and Paddy Jackson kicked the conversion making it 14-7. Both the teams were desperate for breakthroughs as the game entered the final 10 minutes.

A successful penalty kick from Adam Hastings put Gloucester 10-point ahead before Ackermann completed his second try of the game and fourth in the season to complete a 24-7 victory.