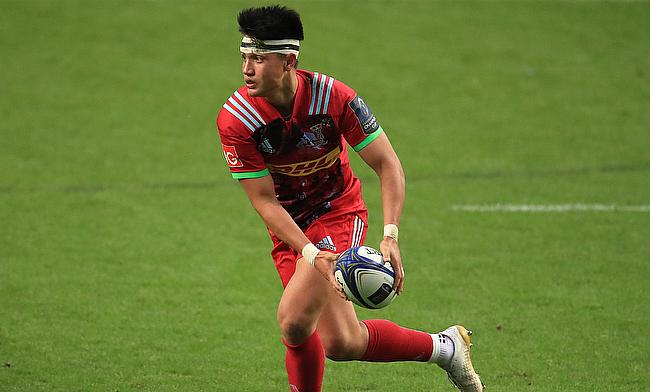 Marcus Smith kicked a crucial conversion in the end
©PA

Marcus Smith kicked the decisive conversion in the final minute as Harlequins overcame a 14-man Exeter Chiefs with a two-point win at Twickehnam Stoop on Saturday.

This is eighth win for Harlequins in 12 games as they climb to the third place in the table while Exeter Chiefs are at sixth place.

The Quins started the game in a brisk fashion as Luke Northmore went past Stuart Hogg for the opening try in the third minute and Smith followed with the conversion to make it 7-0. The Quins looked threatening to extend their lead further with Danny Care and Joe Marchant pressing the attack but could not convert it into points.

The Chiefs finally responded over the half hour mark as they worked through phases before eventually Henry Slade went over the line in the 34th minute for their opening try before Joe Simmonds' conversion helped them level the scores.

Even though both the teams headed into the break with a 7-7 scoreline, the Chiefs were down by a player as Alec Hepburn was sent-off for a dangerous tackle on Joe Marler with Sam Simmonds assisting him in the clear out.

Despite down on numbers, Exeter showed great fight to not concede any point in the third quarter and things got better for Rob Baxter's men as Innard aided by Jack Nowell and Ian Whitten burrowed over but Joe Simmonds could not land the conversion right.

Exeter continued to show tremendous resilience but eventually the pressure of playing with 14 players got to them as Harlequins clawed their way back through Andre Esterhuizen's try to level the scores and Smith followed with a nerveless conversion to steer his team through.