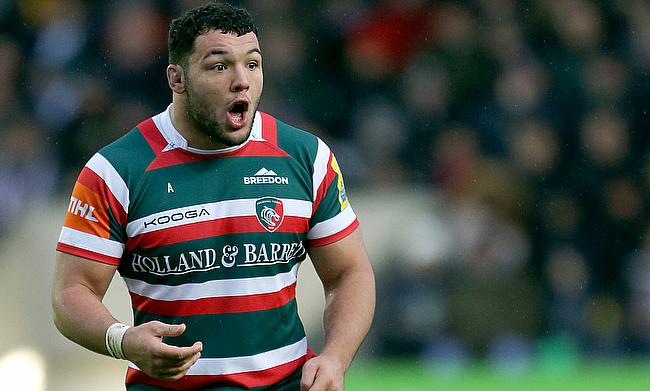 Ellis Genge was one of the try-scorer for Leicester
©PA

Leicester Tigers maintained their perfect start to the 2021/22 season of the Gallagher Premiership as they edged out Gloucester Rugby 36-23 in the second round at Kingsholm.

This is second bonus point win for Leicester Tigers in as many games as they hold the top place in the table while Gloucester are at seventh place after losing both their matches.

George Ford started the proceedings with a 35m penalty kick in the third minute and slotted another three-pointer four minutes later as Leicester seized on poor discipline from Gloucester.

The visitors stretched their lead to 13 points after Harry Wells dived from close range in the 11th minute after spotting an opportunity at a breakdown and Ford followed with the extras.

After a period of sustained attack, Gloucester got their first breakthrough with Fraser Balmain dotting down in the 17th minute and Lloyd Evans kicked the conversion right as the scoreline became 7-13.

Their momentum took a beating as Gloucester lost Kyle Moyle to yellow card for illegally stopping Tigers' possession and the visitors immediately capitalised on the numerical advantage as Ellis Genge dived in the corner but the conversion went wide as they extended the lead to 7-18.

With the half-time approaching, the Cherry and Whites made a comeback through as Ruan Ackermann grabbed a long pass to touch down but Evans' conversion went wide. Ford had a chance to extend Leicester's lead at the end of the opening half but with his penalty going wide the teams headed into the break with a 12-18 lead.

The start of the second half saw Harry Potter and Mark Atkinson trade tries as the gap between the sides continue remain at six before Ford's 43m kick in the 63rd minute made it 19-28. Leicester got into a space of comfort as Nic Dolly made a swift move to cross over as Leicester claimed the bonus point but Ford missed the conversion making it 19-33.

With nine minutes left in the game, Gloucester kept themselves in the hunt through Jack Clement's try which helped them gain a losing bonus point. Ford missed another penalty chance in the end but it did not cost the Tigers as they completed a 33-26 bonus point victory.