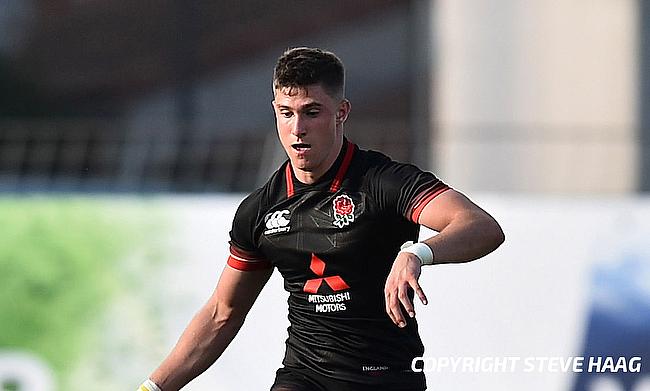 George Furbank kicked two penalties in the final 10 minutes as Northampton Saints edged out Exeter Chiefs 26-24 in the second round of the Gallagher Premiership at Sandy Park.

This is second win for the Saints in two games as they are at third place with nine points while Exeter made an indifferent start to the season as they are at 12th place after losing both the matches.

Exeter made a dominating start to the game as Dom Armand crossed the whitewash at the back of a driving maul in the fifth minute and Joe Simmonds kicked the conversion to make it 7-0.

The home side doubled their tally by the 7th minute as Jack Maunder grabbed a kick from Henry Slade to dot down and Simmonds was once again spot on with the conversion as they extended their lead to 14-0.

The first response from the Saints came in the 13th minute as Alex Mitchell grabbed a grubber kick from James Grayson to dot down and seven minutes later Matt Proctor overcome a tackle from Simmonds to score over the line. Grayson kicked both the conversions as the opening quarter ended with both the teams levelled at 14-14 scoreline.

Grayson with a penalty goal in the 32nd minute put the Saints back into lead but that was short-lived as Rus Tuima dived from close range in the 38th minute and a conversion from Simmonds as both the teams went into the break with a 21-17 scoreline.

The Exeter were the quickest to get off the block in the second half as Simmonds slotted another three-pointer in the 58th minute to make it 24-17 but his efforts was negated with Grayson scoring a three-pointer of his own in the 63rd minute.

Furbank took over the kicking duties from Grayson and straightaway made an impact with his first penalty kick in the 71st minute and then with two minutes left in the game, he held his nerve to slot a 30m kick to complete a thrilling two-point win.